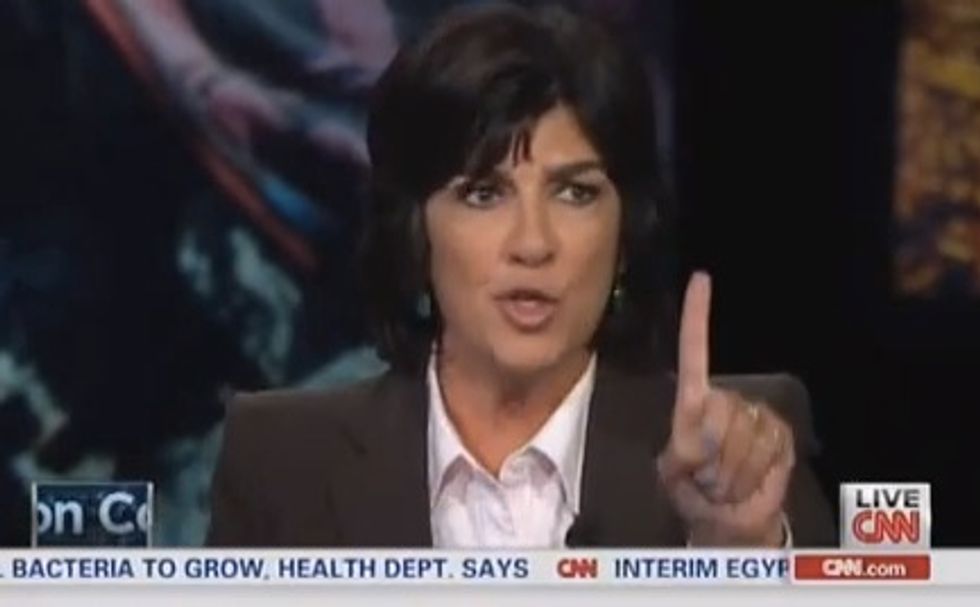 Top Trump strategist Steve Bannon told the New York Times and other media outlets to shut up on Thursday, but CNN chief international correspondent Christiane Amanpour isn't having any of it.

While appearing on Anderson Cooper's show, Amanpour hit back at Bannon and said his attacks on the press were akin to something normally seen in "totalitarian regimes in the past which use this same kind of strategy."

"If I was going to be funny, I'd say that he's angling for an order of merit from president Sisi, Putin, Erdogan and all the others," she said, via Media Matters. "That is how they treat their press. That is what they believe the press should be, a compliant state propaganda unit in the service of the president."

She then noted that, unlike countries such as Egypt and Russia, the United States has a long history of a free press that is enshrined in our First Amendment.

"It is not the tradition of the American press," she said. "So of course we're not going to shut up, and why should we?"