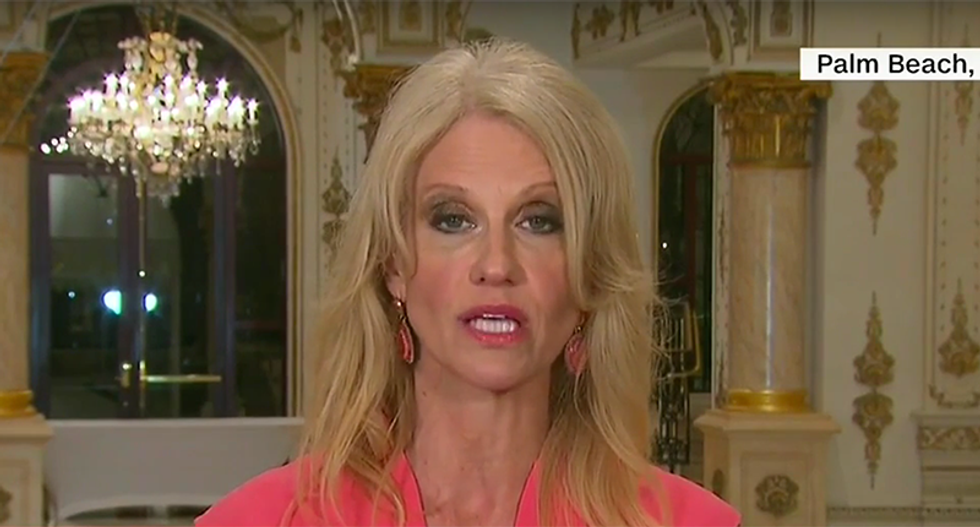 You may not be seeing Senior Trump Advisor Kellyanne Conway on CNN in the near future.

According to Politico, the Trump White House will no longer send spokespeople or surrogates onto CNN shows, complaining that the cable news network broadcasts "fake news."

“We’re sending surrogates to places where we think it makes sense to promote our agenda,” a White House official told Politico, indicating they believe CNN has been unfair to them.

It was not clear whether White House Press Secretary Sean Spicer will be taking questions from CNN reporters at his daily briefs.