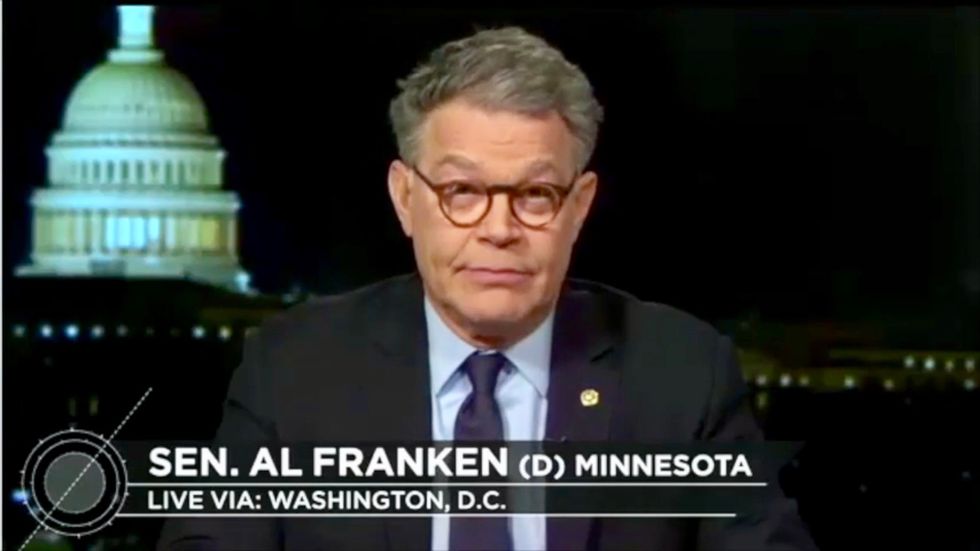 Sen. Al Franken appeared on Friday's Real Time with Bill Maher and said that opinions of the new president among Republican senators vary. Some say, he said, that he's "not right, mentally."

"And then, some are harsher," he said. "I haven't heard a lot of good things and I've heard great concern about his temperament."

"I saw this today," Maher said. "Fifty-one percent of Trump voters believe he should be able to personally overturn decisions by judges."

"That didn't surprise me," Franken replied, then pointed out that half of Trump voters is fewer than a quarter of the people in the country and, "I guess that 48 or 49 percent of Trump voters understood [the federal judiciary is independent] and that's good."

"Washington has really made you an optimist, Al," Maher said.

"They have the majority and we can't stop them from having hearings and we're going to have hearings," Franken explained. "Now, what I'm saying is that the Roberts court has been a pro-activist, pro-corporate, pro-pollution, pro-big money in campaigns and in elections and I'm not going to okay another 5-4 Roberts court."

Maher brought up that Time magazine is already calling for Trump's impeachment over violations of the emoluments clause, not to mention the president's "mental problem."

"Al, when will the impeachment hearings start?" Maher asked.

"Let me remind you again that the Republicans are in the majority," Franken said, "so it's months and months away."

"I know everybody wants a quick fix on this," he said, "but this is going to be a bit of a marathon."

However, he said that the last week has been incredible. "People are showing up for town halls" by the hundreds, he said. "There's a tremendous amount of energy around the country."

He urged people to stay involved.

"It works, we got hundreds of thousands of calls about Betsy DeVos at the Senate and that makes a difference," he said. "She is on notice, now, and she's not going to be able to do a lot of the things that I think she wanted to do because of that. What you people do makes a huge difference."