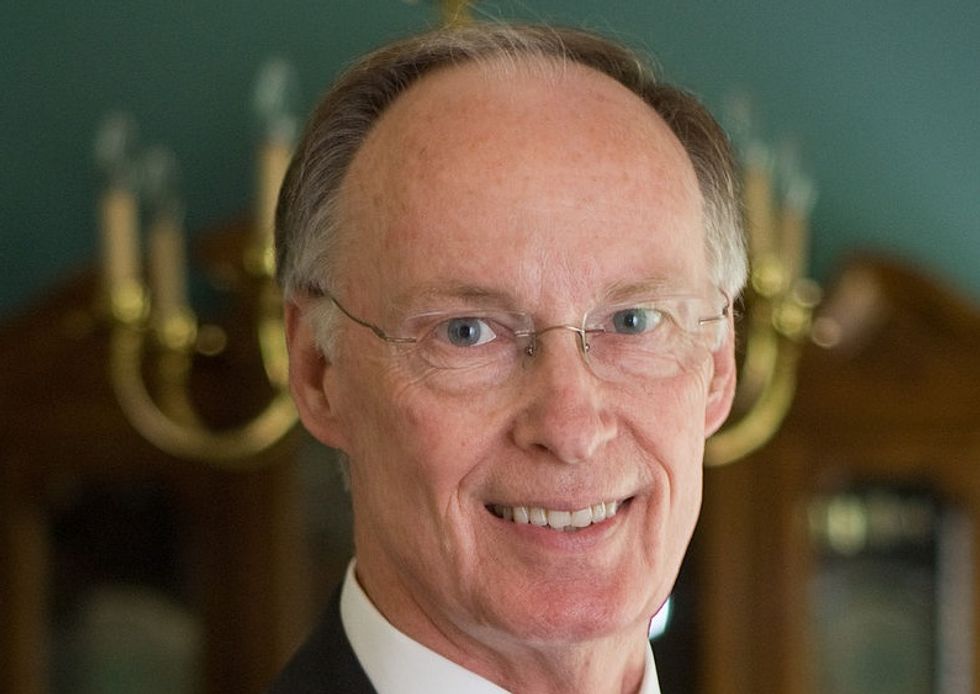 In his annual State of the State address, Alabama Gov. Robert Bentley told lawmakers there was no reason why the southern state can't build more "mega prisons" since they also put "a man on the moon."

According to The Plainsman, the Republican governor was following up on his 2016 proposal to float an $800 million bond to build four new oversized prisons.

The governor is seeking to replace 14 of Alabama's 17 aging correctional facilities, with three of the new ones capable of holding as many as 3,500 male inmates. The fourth "mega prison" would be smaller in size and would be built to accommodate female prisoners.

According to the governor, the current prison facilities are running at as much as 190 percent capacity.

In an attempt to rally support for the bond that would cost the state a total of $1.5 billion after interest payments, Bentley made a bizarre claim, telling the assembled lawmakers, "If Alabama can put man on the moon, we can build new prisons."

There were six manned missions to the moon between 1969 and 1972, all of them conducted under the flag of the U.S. comprised of fifty states -- including Alabama.

See a short clip of Bentley making his bold moon-landing claim below, posted to Twitter by Keith Boykin:

Alabama Gov. Robert Bentley's State of the State address tonight: "If Alabamians can put man on the moon, we can bu… https://t.co/wAwS4Zxixx
— Keith Boykin (@Keith Boykin) 1486534111.0