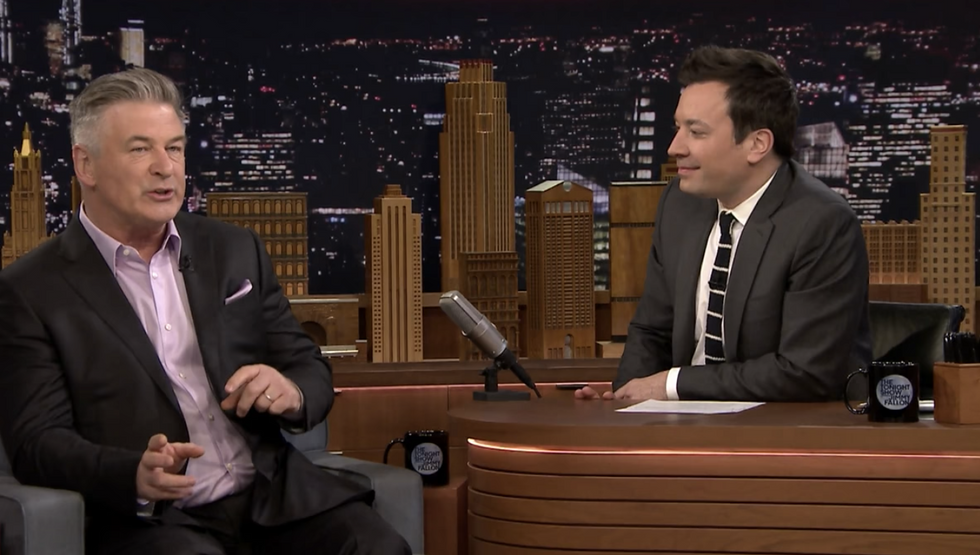 Expect Pres. Donald Trump to be heating up Twitter on Sunday with his rage about this weekend's Saturday Night Live broadcast -- or possibly sooner if he caught actor Alec Baldwin's appearance on Thursday's Tonight Show.

Vanity Fair said that Baldwin and Fallon got in various digs at our chief executive, including Baldwin saying that he got his suit at a "95 percent off" sale of Ivanka Trump for Men merchandise at Nordstrom.

During a game of "Box of Lies" -- in which Fallon and his guests lie to each other about the contents of a number of boxes onstage -- Baldwin and Fallon uncorked their dueling Trump impressions.

"It's the grossest thing I've ever seen in my life," said Fallon in Trump's voice when faced with what appeared to be a surgical glove stuffed with pimiento olives.

Baldwin then joked that one of his boxes contained "a banana burrito."

“And the Honduran that delivered this burrito here to the studio, we had him deported," said Baldwin as Trump.

Watch the video, embedded below in two parts: