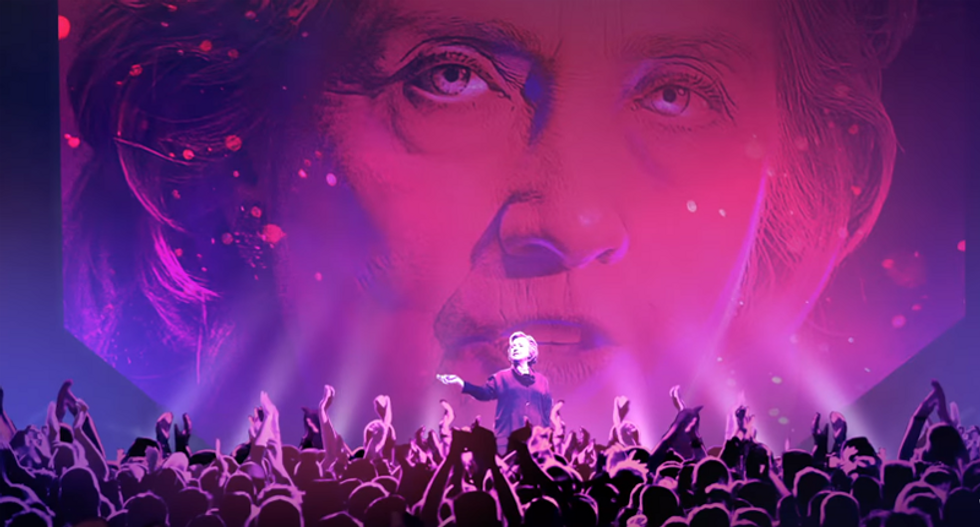 A hyperbolic documentary about former Secretary of State Hillary Clinton has walked away with the dubious honor of being selected the worst film of the year at the 2017 Razzie Awards.

According to the Hollywood Reporter, Hillary's America: The Secret History of the Democratic Party, directed and starring conservative gadfly Dinesh D'Souza swooped in and won the award by beating out Batman v Superman: Dawn of Justice at the annual award ceremony celebrating the worst of the worst in cinema.

Film creator D'Souza was a triple threat, winning for worst film, worst director and worst actor for his appearance in the film.

With a  budget of $5 million, Hillary's America pulled in $13 million at the box office and racked up a whopping 4 percent rating at movie review website Rotten Tomatoes.

According to New York Times film reviewer Glenn Kenny, "Mr. D’Souza muses from a halfway house where he’s staying as part of the plea deal. In this scene, a dramatic re-enactment, he watches Ms. Clinton announce her campaign for president. 'What if their plan is to steal — America?' On these words, Mr. D’Souza’s eyes shift from the ceiling-mounted TV display to stare straight into the camera. It’s very Dramatic Chipmunk."

Alerted that he was the recipient of the three awards, D'Souza responded, "The reason you're giving it to me is because you're very upset that [Donald] Trump won."

According to The Hollywood Reporter, actress Becky Turner won the top award for her portrayal of Clinton.

A preview of the film, if you are so inclined, can be seen below: