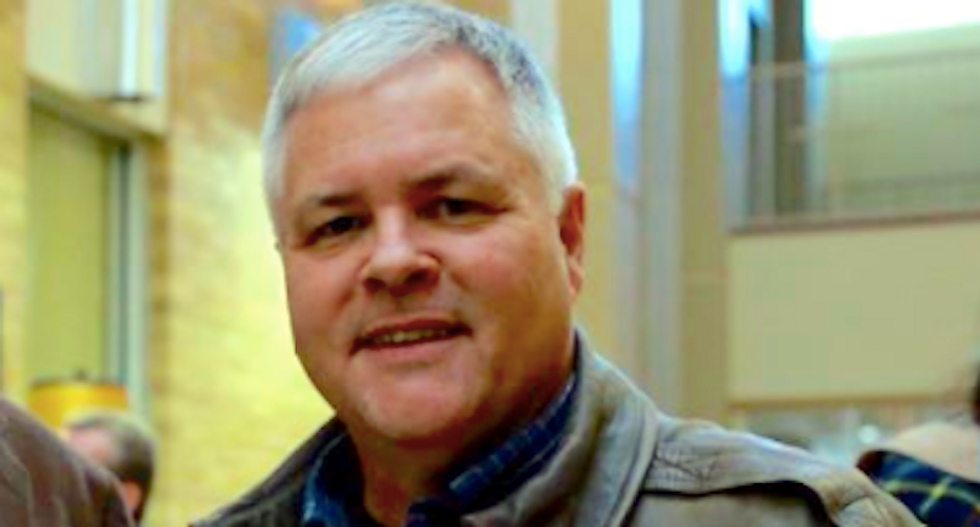 Republican lawmakers in Arkansas have granted preliminary approval to a bill apparently aimed at Sharia, or Islamic law, after passing a law that would allow fathers and parents to block a woman from having an abortion.

He claims the measure was not specifically aimed at Sharia law, although it's similar to legislation introduced in other states based on the conspiracy theory that Islamic law is creeping into the American legal system.

Smith also justified his bill to reporters by citing a custody case involving a man from the Middle East who based his claims on Sharia law and then fled the country, and the lawmaker shared the same story when presenting his legislation on the statehouse floor.

HB 1041 voids court rulings based on foreign laws that do not grant "fundamental rights, liberties, and privileges granted under the Arkansas Constitution or the United States Constitution" -- such as due process, equal protection, freedom of religion and speech and press, the right to privacy, the right to bear arms and the right to marry.

Smith's bill narrowly defines marriage under the Arkansas constitution, which specifically bans same-sex unions but was overturned by the U.S. Supreme Court in 2015.

After moving out of committee, Smith's measure will go up for a vote before the full House, which recently passed anti-abortion legislation that's stricter than laws in some Muslim nations.

Gov. Asa Hutchinson signed Arkansas Act 45 into law last week banning one of the safest and most common abortion procedures in the second and third trimesters and allowing family members to block abortions by suing health care providers.

The measure, which was signed into law less than two months after its introduction, is nearly identical to laws passed in Mississippi and Louisiana, and similar bans in Kansas, Oklahoma and Alabama have not yet been implemented until legal challenges have been resolved.

The Arkansas law makes no exception for rape or incest, and it allows a woman's spouse or parent to sue abortion providers to stop pregnancies from being terminated.

The Daily Beast reported the law could potentially allow a fetus's father to block an abortion through lawsuit -- even in cases of spousal rape or incest, according to abortion rights activists.

Islamic law generally forbids abortion, although some Muslim legal scholars and religious leaders make exceptions for rape and incest in the first 120 days of pregnancy.

Some Muslim religious leaders granted exceptions to Algerian and Bosnian women raped during times of war, and an Egyptian sheikh approved a draft law permitting women to abort pregnancies that were the result of rape.