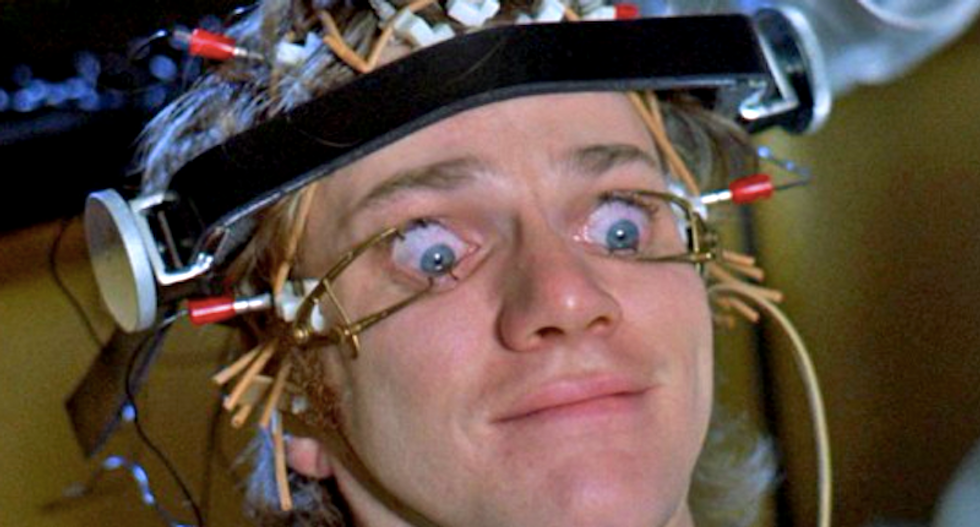 Betsy DeVos sits on the board of a "brain performance" center whose physician operator claims he can treat ADHD with television.

Dr. Majid Fotuhi, who emigrated from his native Iran in the 1980s while disguised as a mullah, oversees treatments at Neurocore, a controversial chain of medical facilities bankrolled by President Donald Trump's newly confirmed education secretary, reported The Daily Beast.

Neurocore claims its treatment -- which requires patients to watch videos such as "Frozen" or "Mad Men" on TV while hooked up to brain sensors -- helps at least 90 percent of cases involving attention deficit hyperactivity disorder (ADHD), depression and anxiety.

Critics say the treatment isn't effective and serves only as a placebo that gives patients unrealistic hopes and wastes time and money.

“A review of Neurocore’s claims and interviews with medical experts suggest its conclusions are unproven and its methods questionable," the New York Times reported.

The company hasn't published its results in any peer-reviewed medical journals and relies on techniques that aren't considered standards of care for most of the disorders Neurocore claims to treat.

Social workers, and not doctors, perform assessments and low-paid technicians with little training apply most of the treatments.

The company's website explains that patients wear a cap with 19 sensors as they watch a video, which pauses if the sensors detect the patient's focus has drifted and resumes when their focus returns.

Neurocore's website promises the treatment can result in a "mind makeover."

"All it takes is science," the ads promise.

One of Fotuhi's previous ventures, NeurExpand Brain Center, folded in 2015 after Medicare stopped covering treatments there and threatened to seek reimbursement for past payments.

The physician became chief medical officer thefollowing year for Neurocore, which is primarily funded by DeVos and her husband, Amway scion Dick DeVos.

The company was originally called Hope 139, in reference to Psalm 139 -- which begins, “You have searched me, Lord, and you know me" -- and was founded by a psychologist with a master's degree in theology.

After dropping the religious references, Neurocore has opened seven facilities in DeVos' native Michigan and another in Florida, with another center set to open soon about 20 miles from Trump's Mar-A-Lago resort.

DeVos has promised to resign from Neurocore's board once she's officially confirmed by the U.S. Senate -- but she intends to keep her investment, which is valued at $5 million to $25 million.