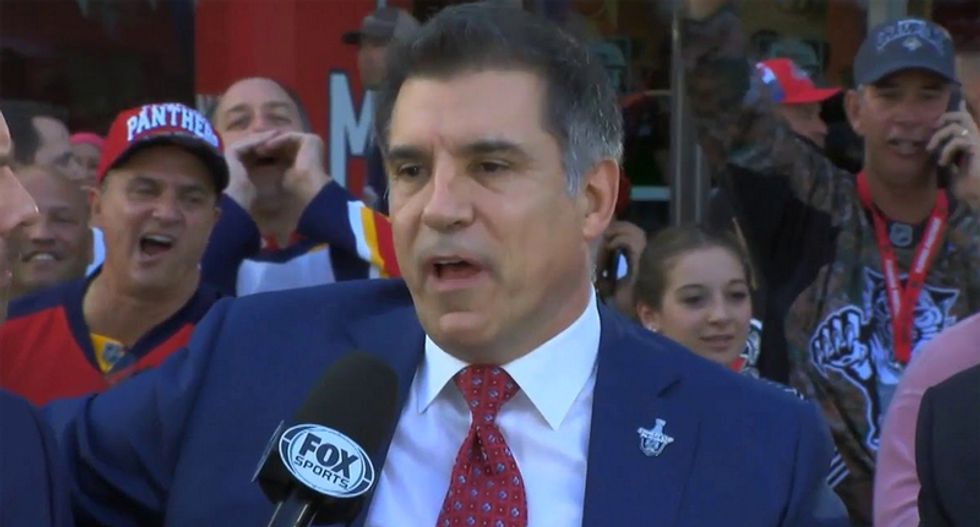 President Donald Trump's nominee to be Army Secretary is in the process of selling off his stake in one airline with the intent of reinvesting in a charter airline that is the recipient in millions in government sub-contracts.

According to a report in the New York Times, billionaire Wall Street trader Vincent Viola is selling his stake in Eastern Airlines and may be attempting to purchase charter line Swift Air.

Viola, who is co-owner of the NHL’s Florida Panthers and worth an estimated $1.8 billion, may be selling off Eastern which is subject to heavy regulation by the federal government in order to stay in the industry -- but at a level that receives less scrutiny.

According to anonymous sources who revealed Viola's interest in purchasing the smaller line, Swift's deals with the government are mostly via sub-contract, making it harder to follow the dollars.

As Army Secretary, Viola risks being viewed as violating conflict of interest laws when he is confirmed as part of Trump's cabinet.