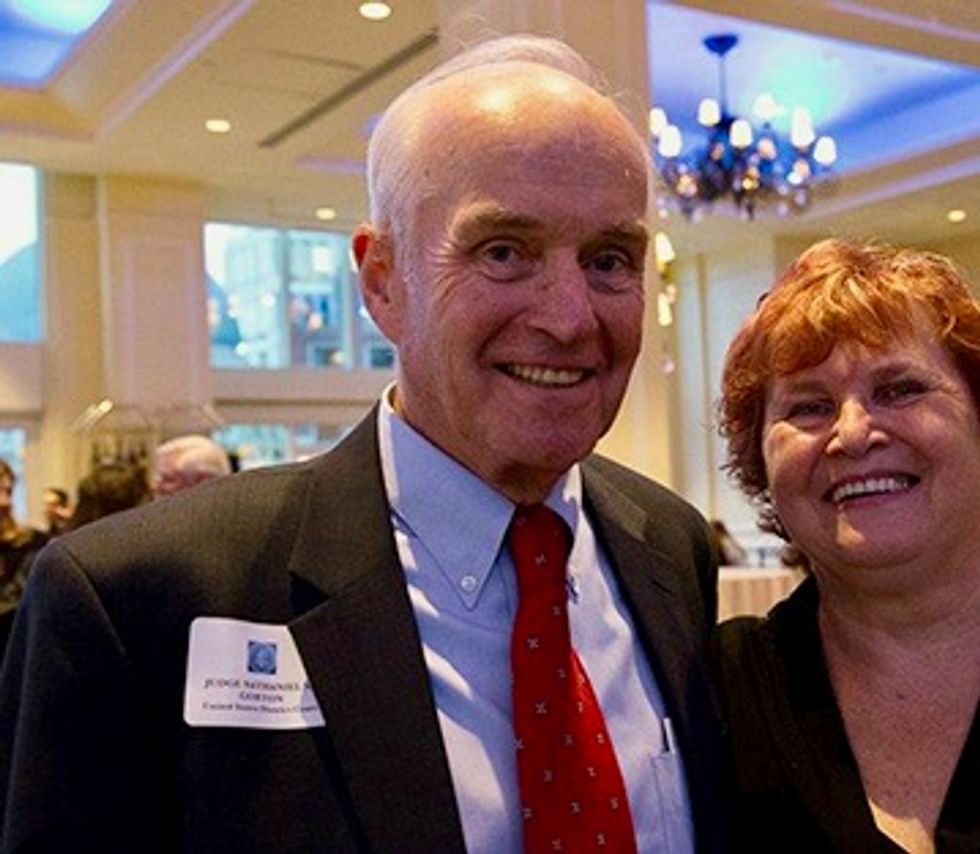 A federal judge in Boston on Friday declined to extend a temporary restraining order that allowed some immigrants into the United States from certain countries despite being barred by U.S. President Donald Trump's recent executive order.

The ruling was a victory for the Trump administration and a setback for state authorities and advocacy groups that are aiming to overturn last week's executive order, which temporarily bars nationals from seven Muslim-majority countries from entering the United States.

The decision came on a day that attorneys from four states were in courts challenging the executive order. Trump's administration justified the action on national security grounds, but opponents labeled it an unconstitutional order targeting people based on religious beliefs.

Earlier on Friday in Virginia, a federal judge ordered the White House to provide a list of all people stopped from entering the United States by the travel ban.

The State Department said on Friday that fewer than 60,000 visas previously issued to citizens of Iran, Iraq, Libya, Somalia, Sudan, Syria and Yemen had been invalidated as a result of the order. That disclosure followed media reports that government lawyers were citing a figure of 100,000.

U.S. District Judge Leonie Brinkema in Alexandria, Virginia ordered the federal government to give the state a list by Thursday of "all persons who have been denied entry to or removed from the United States."

At Boston's Logan International Airport, at least four college students from Iran and Iraq who had previously been blocked from entering the United States by the order, arrived with new visas on Friday, according to a Reuters witness.

The new Republican president's order signed on Jan. 27 triggered chaos at U.S. airports last weekend. Some travelers abroad were turned back from flights into the United States, crowds of hundreds of people packed into arrival areas to protest and legal objections were filed across the country.

The order also temporarily stopped the entry of all refugees into the country and indefinitely halted the settlement of Syrian refugees.

The state of Hawaii on Friday joined the challenge to the order, with officials saying they were suing to block enforcement of the travel ban. Federal judges in Boston and Seattle also were weighing arguments.

Civil-rights advocates called to extend a restraining order issued early on Sunday that for seven days blocks the detention or removal of approved refugees, visa holders, and legal permanent U.S. residents who entered from the seven countries. The judge ultimately denied the request.

"Where does it say Muslim countries?" Gorton asked Matthew Segal, an attorney with the American Civil Liberties Union, or ACLU.

Segal responded, "If your honor's question is, 'Does the word 'Muslim' make a profound presence in this executive order?,' my answer is that it doesn't. But the president described what he was going to do as a Muslim ban and then he proceeded to carry it out."

Gorton shot back, "Am I to take the words of an executive at any point before or after election as a part of that executive order?"

Trump has told a Christian broadcaster that Syrian Christians would be given priority in applying for refugee status.

In Seattle, the states of Washington and Minnesota were together asking a judge to suspend the entire policy nationwide, which would represent the broadest ruling to date against Trump's directive.

Should the Seattle judge rule that Washington state and Minnesota have legal standing to sue, it could help Democratic attorneys general take on Trump in court on issues beyond immigration.