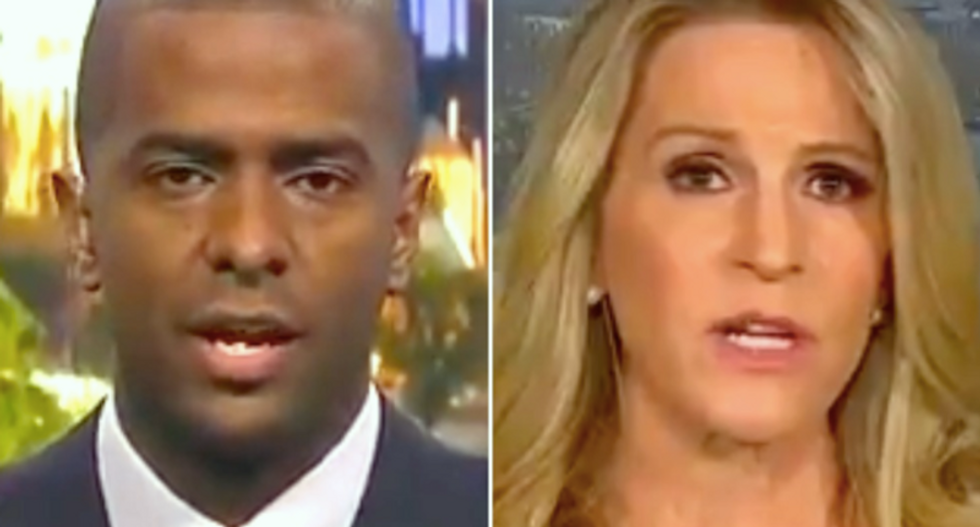 Bakari Sellers challenged a Republican strategist to name one example of a transgender student posing a threat to classmates in a school restroom -- but she admitted she couldn't think of any.

Alice Stewart, a CNN contributor and former communications director for Ted Cruz's presidential campaign, appeared Thursday morning on "CNN Newsroom," where she defended President Donald Trump's reversal of his predecessor's guidelines to public schools allowing transgender students to use the restroom of their choice.

"This helps parents protect their children and, look, since those comments that Donald Trump said early on the campaign, he has been quite clear that his view on this is to make it a state's rights issue, which is what this decision has become," Stewart said.

Sellers, the vice chairman of the South Carolina Democratic Party and a former state legislator, disagreed with Stewart's premise.

"This is not a state's rights issue, this is a civil rights issue," Sellers said. "The American government has the duty to protect all citizens no matter their race, color, creed or sexual orientation."

Sellers was mystified why Attorney General Jeff Sessions had targeted transgender students right away, rather than focus on counterterrorism or criminal justice reform -- and he challenged Stewart to explain why Obama's policy should be reversed.

"Since Barack Obama put this guidance in place, can you name me one instance where there's been a case where a child was put in any type of danger because they now have the ability to go to a restroom that (corresponds) with the gender that they choose?" Sellers asked.

Stewart conceded that she wasn't aware of any situations that Trump's reversal was intended to address.

"With regard to schools? No, I can't," Stewart said. "I can honestly say I can't -- but I certainly don't want to wait for something to happen before we take action."