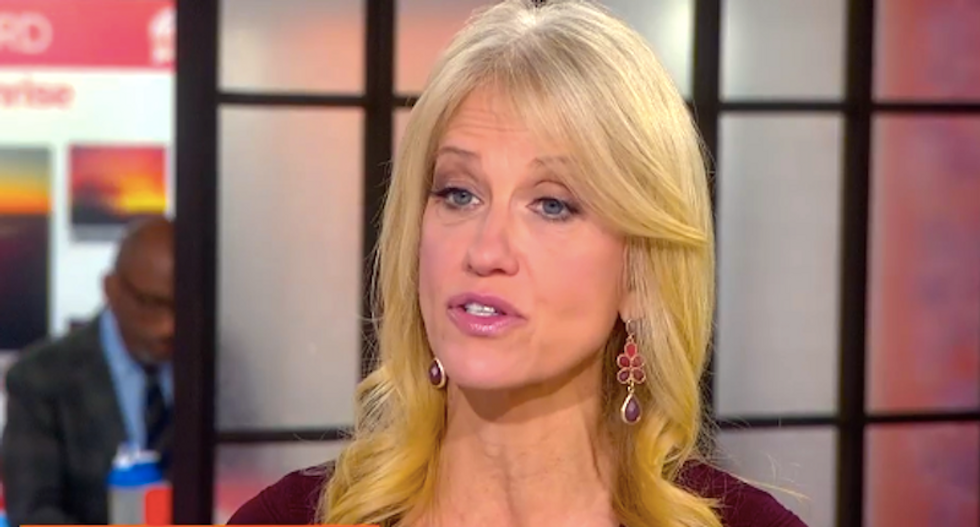 Over the weekend, CNN pointedly turned down an offer from the White House to have Trump adviser Kellyanne Conway appear on its Sunday shows -- and a new report claims that might be a permanent arrangement.

According to the New York Times, CNN executives have "serious questions" about Conway's credibility, as she has consistently pushed what she herself has called "alternative facts," such as the nonexistent "Bowling Green massacre" that was roundly mocked last week.

The Times notes that media critics such as New York University professor Jay Rosen have called on networks to bar Conway from their shows due to her repeated use of falsehoods, so it's possible CNN could be just the first network to decline offers to have Conway on their shows.