Conservative CPAC gathering gets hilariously mocked for 'Heaven has a wall, why can't US?' panel 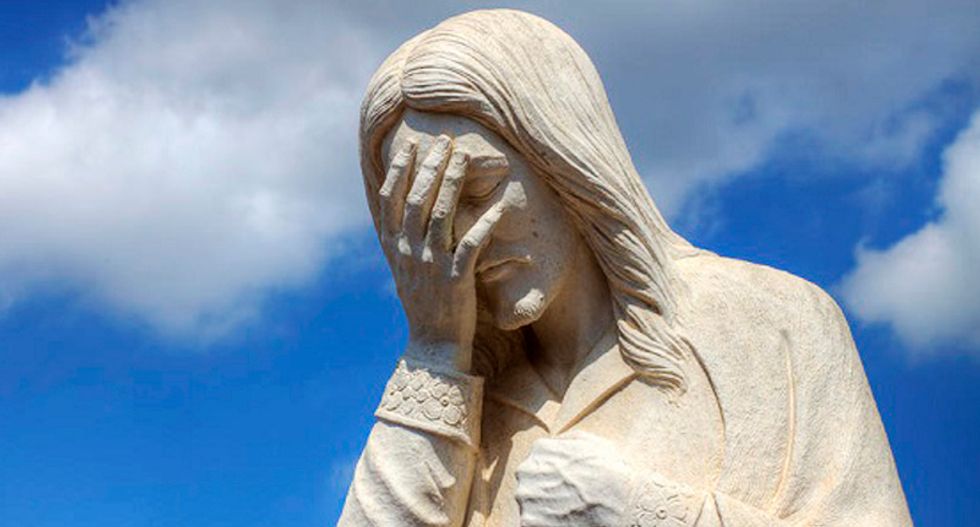 The Conservative Political Action Conference is being ridiculed online for promoting a Saturday panel where the weighty topic of "Why Heaven can have a wall" to keep out undesirables and the U.S. can't.

CPAC, which is scheduled to begin on Thursday, has already had a bad week after having to dump star attraction Milo Yiannopoulos as a keynote speaker after it was revealed that he appeared to condone and excuse child sex abuse. After a messy start to the week , the directors of the annual conservative meeting in D.C. had hoped to move forward with serious discussions about public policy.

That wasn't to be the case after a schedule of panels was released showing a seminar combining President Donald Trump's plans to build a border wall with Christian theology, reports the Christian Post.

According to the CPAC schedule, GOP Congressman Bob Beauprez will moderate the Saturday panel, entitled: "If Heaven Has a Gate, A Wall, and Extreme Vetting, Why Can't America?"

After conservative commentator John Podhortez posted a screenshot of the schedule containing the panel on Twitter, commenters  were quick to point out logical responses, including, "Heaven is not real."

I am so glad heaven has extreme vetting. Seems like lots of these folks might be surprised how Jesus feels about t… https://t.co/xs0sZ5ONZj
— Judd Apatow (@Judd Apatow)1487776037.0

@timkmak I forgot the part of the Bible where it says that everyone can go to heaven... except people from these select seven countries.
— Can he do that? (@Can he do that?)1487685858.0

One commenter noted that the Pope has already addressed the issue: