Conservative shreds ‘draft-dodger’ Trump over Yemen raid: ‘This isn’t sports — this is war' 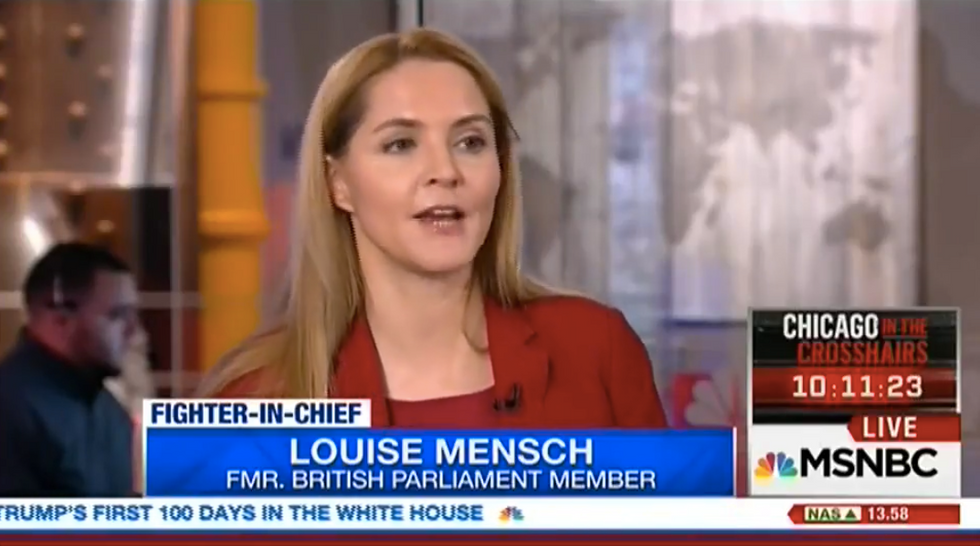 Conservative former Member of the U.K. Parliament Louise Mensch tore into Pres. Donald Trump on Thursday over his attacks on Sen. John McCain, a situation she described as an "American zero" attacking "an American hero."

She continued, "This isn't about the failed raid in Yemen. This is about the fact that Sen. McCain went on the Senate floor yesterday and ripped Donald Trump a new one for saying that America and Russia are the same, for saying, 'What, our nation's so innocent?' and praising Vladimir Putin. He hates McCain because McCain's standing up to him on Russia."

"Only he can keep us safe from terrorists," said Mike Lupica of the New York Times. "Only he can protect our borders. Only he can win the war on terror. You're spotting a trend here."

Lupica said that the media has to stop looking at the world on Twitter's "Thunderdome" terms, "We've got to stop covering this like it's the Super Bowl: Winners or losers -- the world is way more complicated than that."

"Sean Spicer," she said, "isn't my first concern. The White House is, after all, a volunteer army. He could say that he disagrees with the president's characterization. But like Mike says, this actually isn't sports. This is war. A man died. A Navy SEAL died. You don't talk about success and failure, winning bigly or losing bigly."

"Donald Trump, God help us, is the Commander in Chief. He needs to start acting with respect towards America's military including Sen. McCain and our veterans," Mensch concluded, "and until he does that, he's going to make himself into more of a joke than he already is."