Dan Rather: 'Bubbling beneath the surface' of Trump's speech 'was a president who is stoking division' 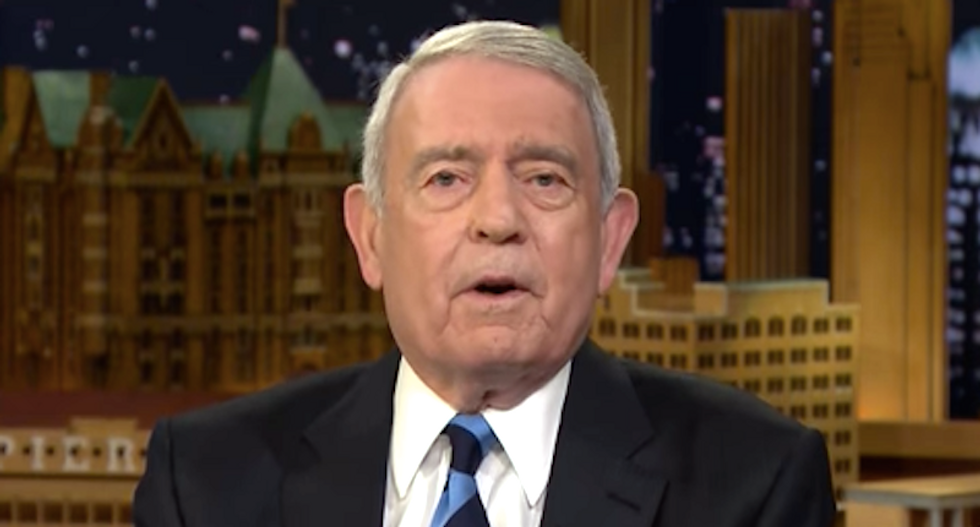 Dan Rather (The Tonight Show)

Famed journalist Dan Rather on Tuesday responded to Donald Trump’s first address to a join session of Congress, arguing that “bubbling beneath the surface” of Trump’s markedly different tone and temperament “was still a President who is stoking division.”

“We've seen this before,” Rather argued. “After a period of sustained chaos, Donald Trump ascends a podium, and for a moment at least, reads a relatively measured speech from a teleprompter.”

Rather said “in many ways” the president’s speech was “standard conservative Republican fare,” noting Speaker of the House Paul Ryan’s applause for infrastructure spending and “fair” trade “shows how much the GOP elite has swung behind President Trump.”

“Of course there is so much more we have seen over the past several weeks that show how the most controversial rhetoric of the campaign has continued from the President in office,” Rather continued. “Tonight, Mr. Trump referenced history on many occasions, seeking to give his very unconventional administration the trappings of its place in sustained American values. There were many lines that will be seen as smoothing out the edges. But bubbling beneath the surface was still a President who is stoking division.”

Rather suspected the speech “will play well [with] the President's base,” while Democrats “will claim rampant disingenuity and a glaring lack of specifics.”

“Some may sense the low rumblings of a demagogue,” he added. “But that is not how most people watching speeches judge them. Overall, I think the effect was more successful than many had expected, perhaps because of the low bar of expectation.”

Rather cautioned there is a “fundamental difference between a campaign and a presidency,” insisting the president’s success “will be measured by jobs, health care and education. It will be shaped by the general mood of the country - the level of anxiety versus safety, calmness versus chaos.”

“Our 45th President will have to appease and persuade a volatile and engaged population in a diverse and divided nation that he is the right man for the job,” Rather concluded.