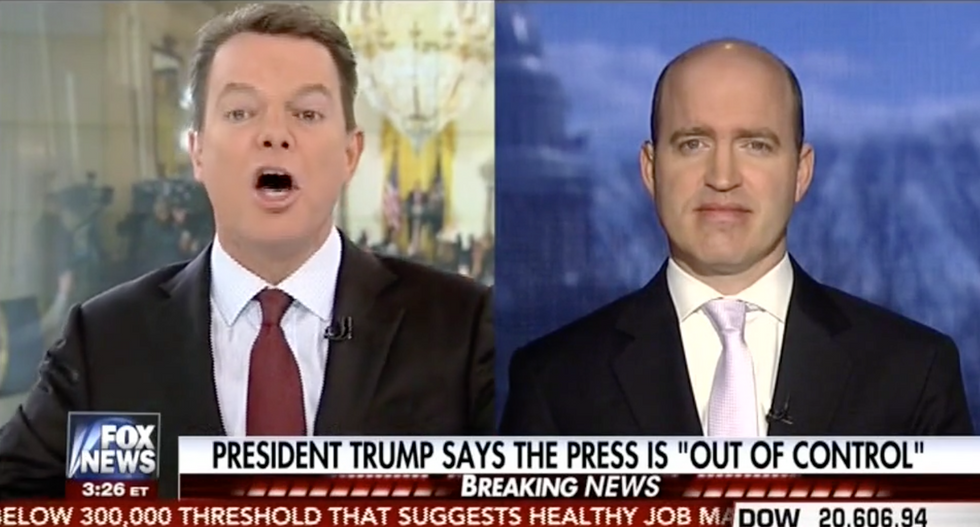 Fox News host Shep Smith on Thursday tore into Donald Trump’s constant barrage of lies and attacks on the press, at one point calling the president’s entire performance, day in and day out, "crazy.”

“It’s sort of our job to let you know when things are said that aren’t true,” Smith began. “This president keeps telling untrue things and he does it every single time he’s in front of a microphone … some of them aren’t really big, but they’re coming from the president.”

Smith noted the biggest question right now is the nature of Trump campaign aides’ “constant contact” with the Russian government during the 2016 election, adding “we don’t get a straight answer on this question.”

“He says Russia is a ruse, it’s fake news. The leaks are real, but the news is fake. So, that’s impossible,” Smith said later adding, “it’s very confusing.”

The Fox News host then repeated that it is his job to point out when the President of the United States says things that are “demonstrably, unquestionably, opinion aside, 100 percent false.”

“And you call us fake news and you put us down like children for asking these questions for the American people,” he continued. “The people deserve this answer, at the very least.”

Toward the end of the segment, an exasperated Smith summed up his takeaway from the press conference.