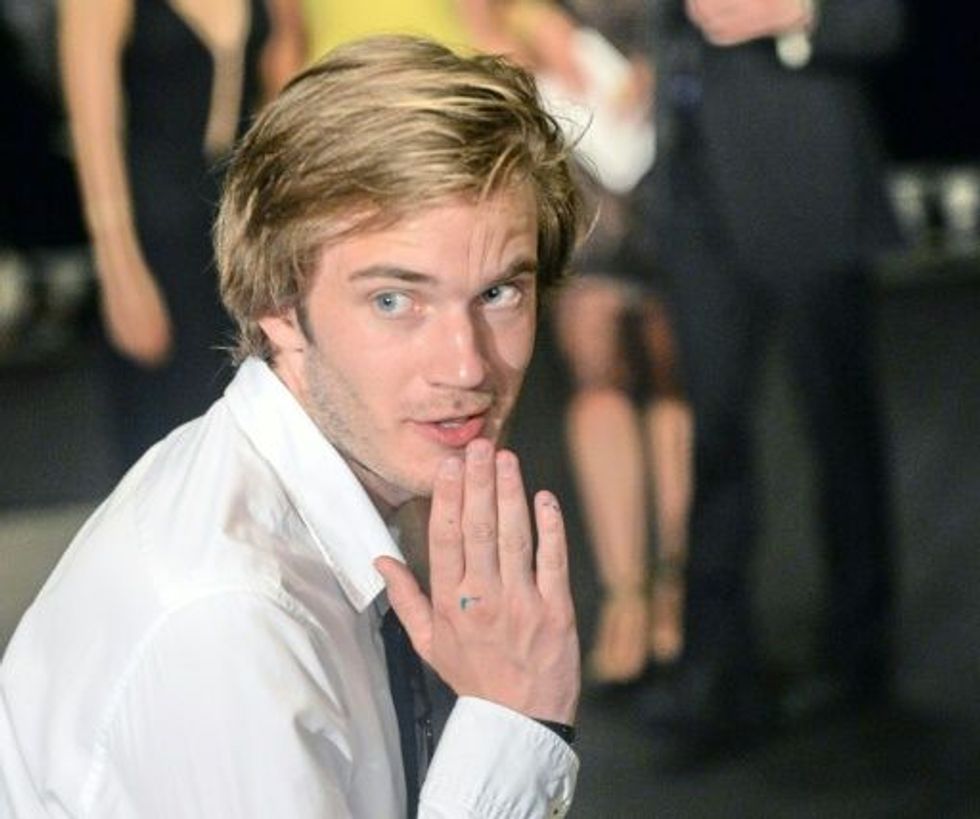 The 27-year-old Swede, whose real name is Felix Kjellberg, is known for posting humorous clips to his more than 53 million followers on YouTube.

"Although Felix has created a following by being provocative and irreverent, he clearly went too far in this case and the resulting videos are inappropriate," a spokeswoman for Maker Studios, the Disney division that had partnered with PewDiePie, told the Journal.

PewDiePie, who had editorial independence under the terms of the arrangement with Disney, reportedly paid two Indian men five dollars to hold the banner reading "Death to all Jews" while they laugh and dance in the January 11 video.

"I was trying to show how crazy the modern world is, specifically some of the services available online," Kjellberg said in a Tumblr blog post on February 12.

"I picked something that seemed absurd to me -- that people on Fiverr would say anything for 5 dollars," referring to a website that helps freelancers receive part time work.

One of them shows a man dressed as Jesus Christ, saying "Hitler did absolutely nothing wrong".

"I think it's important to say something and I want to make one thing clear: I am in no way supporting any kind of hateful attitudes," the YouTube star said in the blog post.

"Though this was not my intention, I understand that these jokes were ultimately offensive," he added.

That amount includes splitting ad revenue with YouTube, as well as sponsorships and appearance fees.

In December, PewDiePie accused YouTube of trying to "kill" his channel and has threatened to shut it down once he reaches 50 million subscribers, a move that turned out to be a publicity stunt.