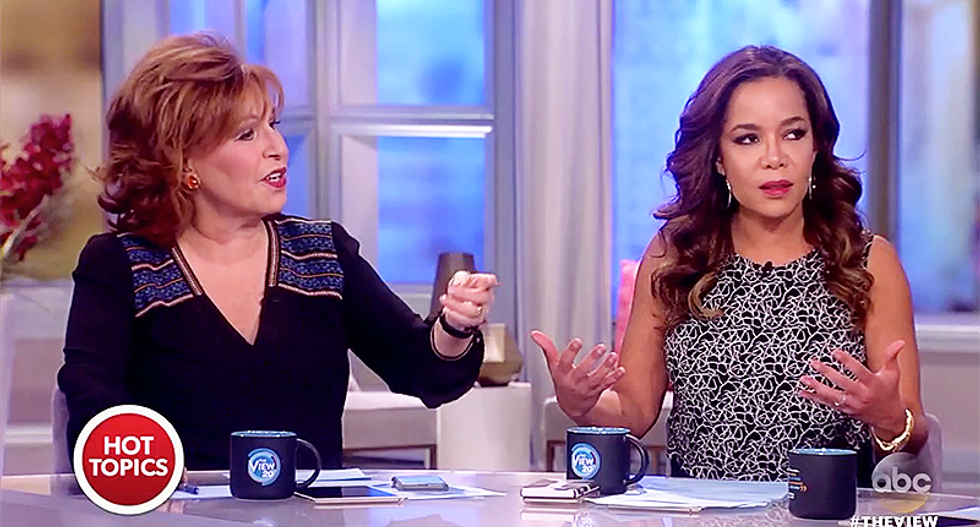 The co-hosts of "The View" got into a heated discussion when Joy Behar brought up the latest examples of "alternative facts" told by President Donald Trump and his senior adviser Kellyanne Conway. Conservative co-host Jedediah Bila claimed that Trump's lies were no better than all of the lies President Barack Obama's White House told.

"Every White House does this," co-host Jedediah Bila said as her co-hosts disagreed. "Susan Rice got on TV how many times and blamed a YouTube video for an attack. Barack Obama's surrogates got on TV and said 'if you like your plan you can keep it.'"

Behar argued that the Obamacare claim was a miscalculation. Bila said that the information was used to manipulate people into supporting Obamacare.

The numerous Benghazi hearings revealed that Susan Rice and other were told that a few miles away violent protests broke out over the video. In the early days of the incident, they thought the two were related.

Co-host Sunny Hostin noted that in Conway's latest interview with Jake Tapper, she refused to answer whether Trump lied, rather she explained that there were more important things.

"Didn't they impeach President [Bill] Clinton for perjury?" Hostin asked. "They impeached him for lying. [Trump] is lying all the time."

"Wait a second," Behar cut in. "He just said we have the highest crime rate than we've had in 47 years." The fact is the crime rate has dropped to a 33-year low.

Bila tried to argue "they all lie," but the women wouldn't allow her to claim that the two could be compared.

"That is a false equivalency and you know it," Hostin said, shaming Bila.

Co-Host Sara Haines explained that "lying speaks to intention" where with policies "you're hoping" will work out, it's different than knowingly saying something that is untrue to promote an agenda.