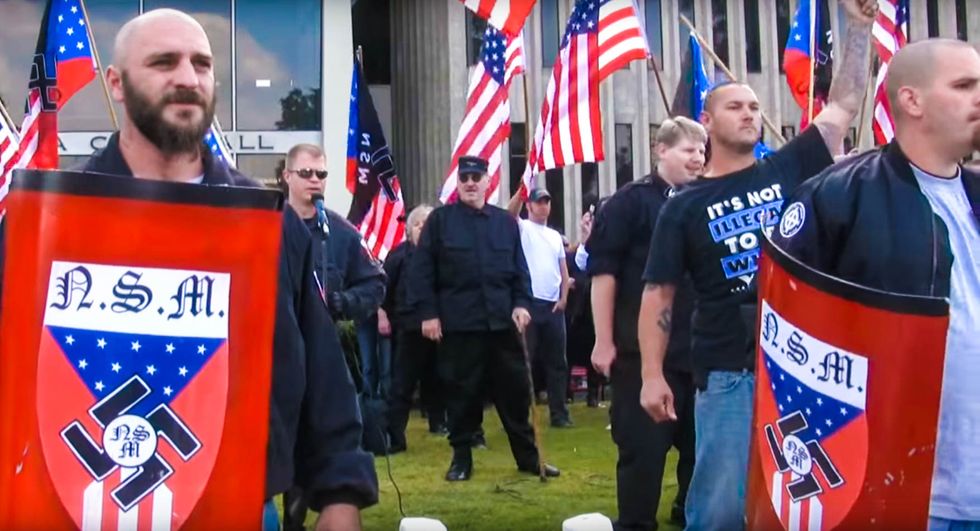 While it's comforting to believe that white supremacist movements in the United States are only a tiny fringe, one former neo-Nazi warns that they're growing bolder and more dangerous every day.

"In prior administrations, the government has supported the fight against white extremism," says Picciolini, who was recruited into the white nationalist movement when he was just 14 years old. "They've recognized the threat in our own borders. But some of those policies might change — I think that's a mistake."

Picciolini says the white nationalist movement has also gone to great lengths to overhaul its image, so middle-class white suburbanites didn't merely see them as thuggish skinheads, but as respectable members of the community.

"The imagery of white supremacy has changed over the last three decades," he says. "It’s gone from what you would consider your normal racist, who might be a skinhead with tattoos or a Klansman wearing a robe and a hood, to something that's more mainstream: suits and ties, fashionable haircuts, and clothes that would never identify them as neo-Nazis until they open their mouths."

Additionally, Picciolini says the movement has been very clever about co-opting traditional conservative talking points about the "liberal media" to make their agenda more palatable to conservatives who don't like to think of themselves as Nazis.

"These days with our political climate, we see a lot of coded language or dog whistles, the use of star of David, when talking about politicians," he says. "We hear terms like “liberal media,” when in fact what they are talking about is Jewish media."