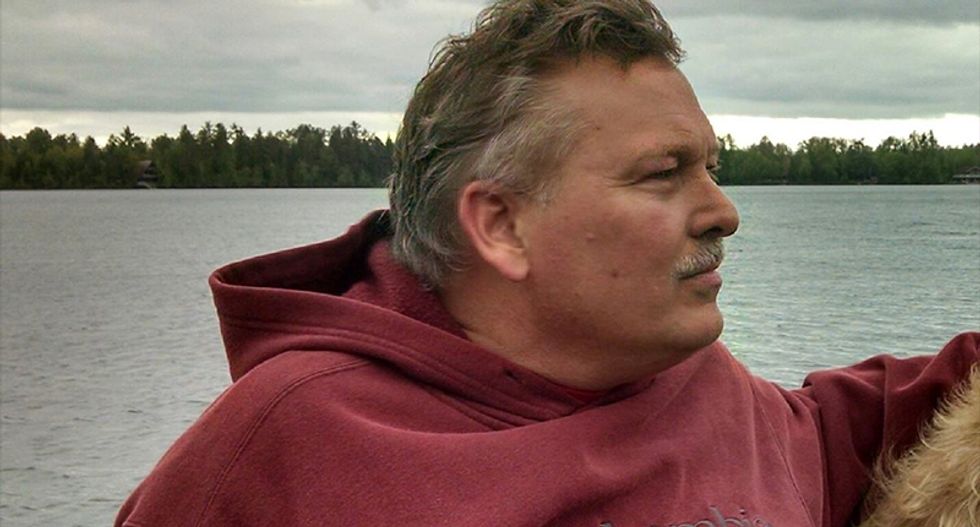 A Republican leader in Michigan apologized Friday after making a pair of controversial statements on social media suggesting “another Kent State might be the only solution” to ending protests on college campus, MichiganLive reports.

Dan Adamini, Secretary of the Marquette County Republican Party, was reacting to the protests at University of California at Berkeley on Wednesday, when thousands of demonstrators rallied against a planned speech by alt-right hype man Milo Yiannopoulos. The protests quickly devolved into riots, and the university called off Yiannopoulos’ appearance to the chagrin of many conservatives.

“The violent protests at our university certainly indicate Portage acacian at the lower level,” Adamini wrote in a since-deleted post on Facebook. “I’m thinking another Kent State might be the only solution protest stopped after only one death.”

“They do it because they know there are no consequences yet,” Adamini added, posting a link to a “parody musical commentary” song he made called “speech that is free.” The video, available on his website intherightmind.net, features Adamini reminiscing over days when liberals defended the Constitution, crooning, “Now things have changed, and so many liberals are deranged.”

Adamini echoed his “Kent State” sentiment in a post to Twitter, writing, “Violent protestors who shut down free speech? Time for another Kent State perhaps, One bullet stops a lot of thuggery.” 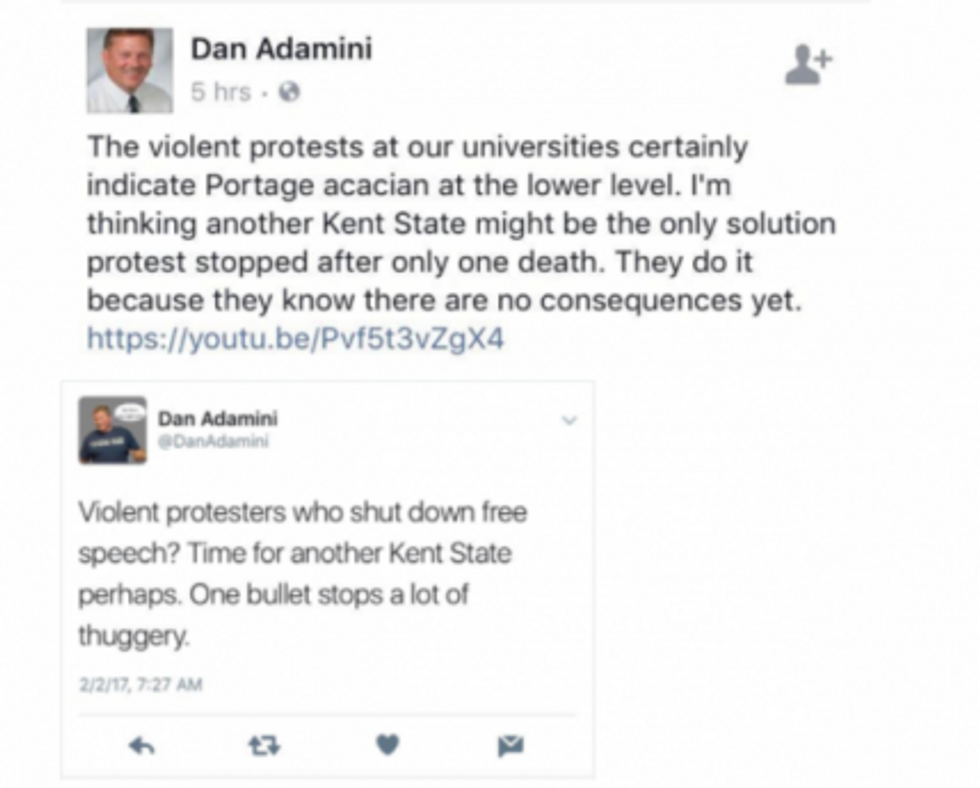 Adamini was referring to the 1970 Kent State massacre, when 28 Ohio National Guard soldiers shot into a crowd of unarmed college students, some of whom were protesting former President Richard Nixon’s Invasion of Cambodia. Four people died in the attack.

Friday, Adamini deleted the tweets and apologized for his comments. "Taking a lot of heat for a very poorly worded tweet yesterday," he wrote. "Sorry folks, the intent was to try to stop the violence, not encourage more."

But the Michigan Democratic Party shared screenshots of the remarks in a press release, calling his statements “sickening, inhuman, and indefensible.”

"There is no ambiguity or alternative interpretation,” MDP Chair Brandon Dillon wrote in a statement. “To call for ‘another Kent State’ and declare that ‘one bullet stops a lot of thuggery’ is to clearly and openly advocate for the murder of unarmed college students, simply because they don't share his beliefs or point of view.

"His words should be condemned and any association with him disavowed,” Dillon added. “The right to free speech is the cornerstone of our democracy, and when someone threatens another individual or group with harm for exercising it, that one person is a threat to all of us, as Americans.”

Listen to Adamini's "speech that is free" below, via Youtube: