'He knew that this was part of the job': Sean Spicer blames Navy SEAL for his own death 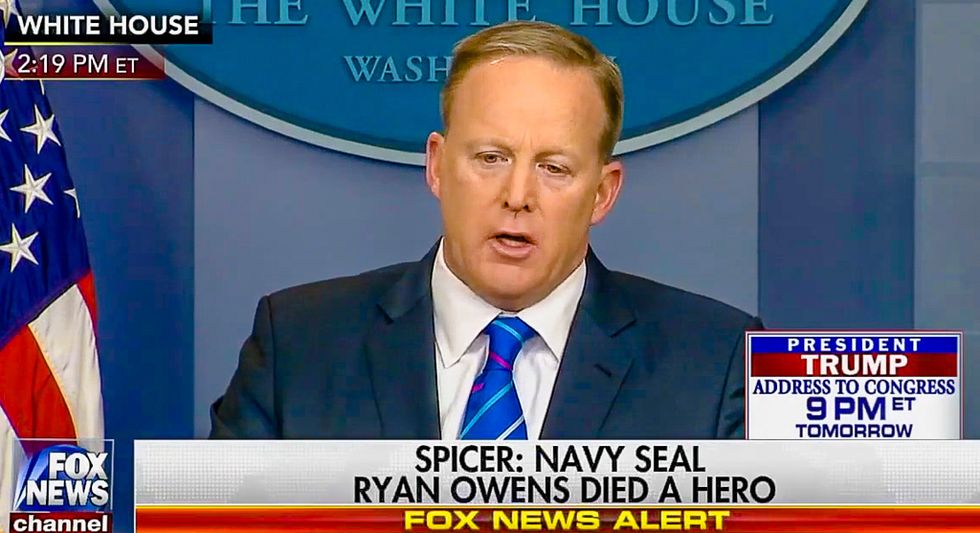 White House Press Secretary Sean Spicer said on Monday that William “Ryan” Owens, a Navy SEAL who died in Yemen, knew the risks of the job when he accepted the fatal mission.

Over the weekend, Owens' father called for an investigation into his son's death, and suggested that President Donald Trump had not been prepared when he ordered the mission just days after taking office.

Spicer insisted on Monday that the mission had achieved its objectives.

"As I mentioned before, I think you can't ever say that when there's most importantly loss of life, and people injured, that it's 100 percent successful," Spicer said. "But I think when you look at what the stated goal of that mission was, it was an information and intelligence-gathering mission. It achieved its objectives."

"So, again, I would express our thoughts and our prayers and our condolences to all of the people in Chief Owens' family and his friends," the press secretary added. "But it's something that as a SEAL and as somebody who deployed 12 times, he knew that this was part of the job and he knew what he was doing."

"And so we're very comfortable with how the mission was executed."