'I'm going to freak if you ask me stupid questions': Melissa McCarthy returns to SNL as Sean Spicer 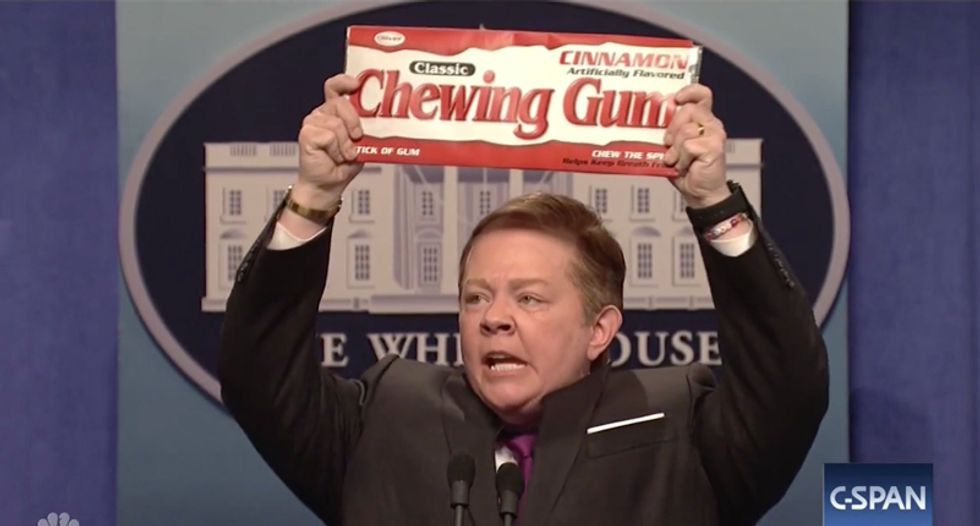 Along the way, McCarthy once again mocked Spicer's gum chewing habit while ridiculing his inability to often speak clearly when talking to the press.

Additionally, McCarthy's Spicer explains -- with the use of dolls -- exactly how President Donald Trump's extreme vetting will work for refugees and immigrants.

Holding up a Barbie as an example of a "nice American girl," Spicer acknowledges the obvious, saying, "We know she's OK because she's blonde."

She then holds up a dark-skinned Moana doll and points out, "Uh oh, slow your roll, honey," as a TSA doll frisks Moana.

"And then we're going to read her emails and if we don't like the answers — which we won't — boom, Guantanamo Bay!" McCarthy's Spicer concludes.