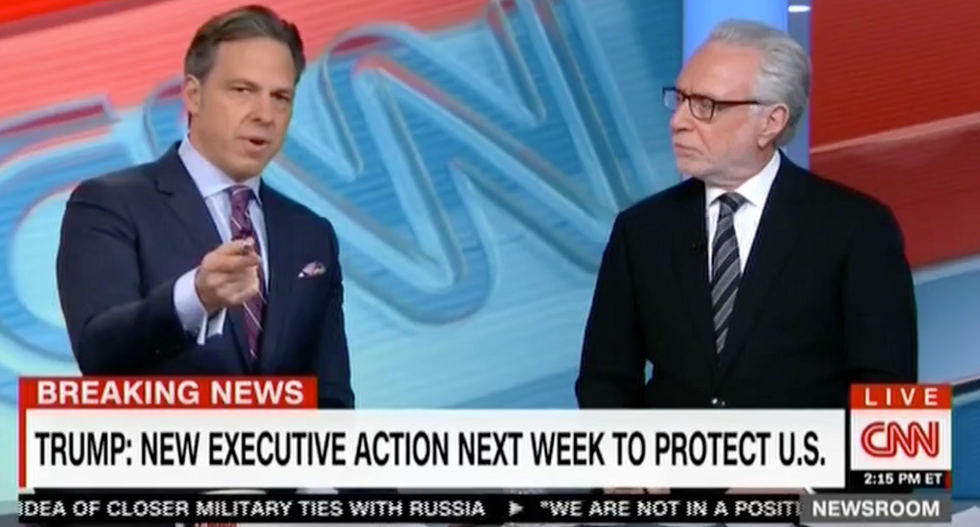 On Thursday, President Donald Trump gave a wide-ranging press conference that focused, in large part, on what he calls the “fake news media” and his perception of negative press coverage surrounding his administration.

“It was a wild press conference,” Tapper began, noting the original intent of the news conference was for Trump to announce his newest Secretary of Labor pick Alexander Acosta.

Tapper noted Trump spent the first part of the conference touting accomplishments, but said, “instead of focusing on these accomplishments … it was an airing of grievances.”

“It was Festivus,” Tapper continued. “It was complaints about the media. At one point he said the leaks were real but the news is fake, which doesn’t make any sense whatsoever. He said things that were not true.”

“If you are a soldier in harm’s way right now, if you are a hungry child in Appalachia or the inner city, if you are an unemployed worker in the hollowed shell of a steel town, that’s not a president who seemed rather focused on your particular needs and wants. That’s a president that’s focused on his bad press.”

“It was unhinged, it was wild,” Tapper added.

“A lot of Americans are going to watch that press conference and think, that guy wasn’t focused on me and I don’t know what he was focused on,” the CNN host concluded.