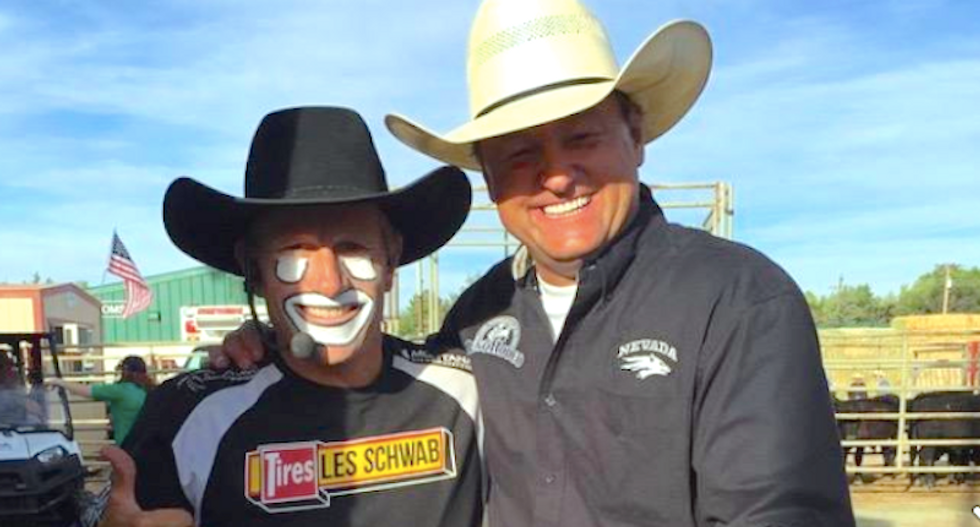 A Nevada Republican denied that his outgoing voice mail message invited constituents to hang up instead of leaving a message.

Related: Senators flooded with record number of calls against Betsy DeVos — ‘one of the worst nominees ever’

“There’s two Republicans who have withdrawn support (from DeVos)," one voter, Nancy Lang, told the Reno Gazette-Journal. If he would do it, it might sway the approval of her,” Lang said. “I was trying to get through to say please, please reconsider."

However, many of those callers were unable to reach Heller's offices in Nevada or Washington, D.C. -- and some of them heard a baffling voice message.

A Reno woman, who said she called Heller's office 21 times Tuesday and 27 times Wednesday before reaching a staffer, heard a message that identified the phone number but did not identify the senator and then asked her to hang up.

"We'll let the person know you called," the woman's voice says on the recording. "All I can do is hang up now. Why don't you go first so I don't have to hang up on you?"

“I think he’s a pretty reasonable, approachable person,” said Lang, a Democrat who says she voted for Heller in 2012. “That’s why I’ve been trying to touch base.”

Heller declined to comment on the difficulties to reporters, but he said on social media that he'd asked the Senate's sergeant-at-arms to investigate and tweeted a recording of his official office voice mail greeting.

The senator also tweeted out what sounded like the hold message for a call center.

"We are experiencing heavy call volumes in all our offices," Heller tweeted. "Staff is answering as many as possible. Please continue calling to get through.

We are experiencing heavy call volumes in all our offices. Staff is answering as many as possible. Please continue calling to get through.
— Dean Heller (@Dean Heller) 1486059028.0