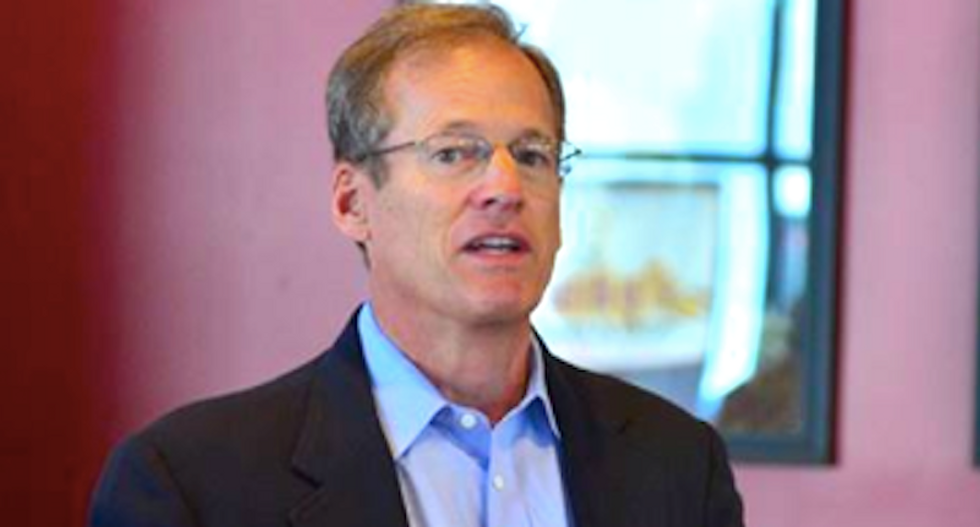 On the heels of Gen. Michael Flynn's resignation, after he was found to have lied to Vice President Mike Pence about what he discussed with Russia, many are asking questions about other Russian ties in the White House.

Former Rep. Jack Kingston (R-GA) was in Moscow in December meeting with American business leaders to discuss what changes are forthcoming in the relationship between the two nations, Raw Story reported.

“Trump can look at sanctions,” Kingston told NPR during his overseas visit. “They’ve been in place long enough. Has the desired result been reached? He doesn’t have to abide by the Obama foreign policy. That gives him a fresh start.”

Kingston served as an advisor to Trump on the campaign and is currently a paid Republican commentator to CNN and in an interview with Jake Tapper, he revealed he works for a law firm that has offices in Russia but claimed he was there as a private citizen.

Previously named "Friend to Putin," Tillerson learned that doing business in Russia means being on good terms with the country's president, Politico reported. It was his job as the company's manager of Exxon's accounts in Russia to appease the leader and ultimately scored him the position as CEO of Exxon.

Alexey Pushkov, the head of the foreign affairs committee in the lower house of Russian parliament, said naming Tillerson as Secretary of State would be a "sensation," continuing Tillerson has "a lot of experience working with Russia."

During his confirmation hearing, the decade and a half relationship Tillerson has with Russia prompted senators to ask if he considers Putin to be a "war criminal" given his history of support for the Assad regime.

He was also hammered on whether he would consider sanctions if the Russians were found to have hacked the U.S. elections. He refused to answer. When it came to being asked about lobbying efforts on behalf of Exxon against Russian sanctions, Tillerson strategically meandered around the truth.

"I have never lobbied against sanctions personally... to my knowledge, Exxon never directly lobbied against sanctions," Tillerson told the confirmation committee. It turns out that claim was false. Government lobbying records show his company paid the Nickles Group over $193,000 in 2014 and 2015 to talk about "issues related to Russian sanctions impacting the energy sector," Politifact reported.

It's still unclear what Tillerson knew about what Gen. Michael Flynn told to the Russian government and when. As Secretary of State, he should be informed on every facet of foreign policy coming out of the White House.

White House chief strategist Steve Bannon told a gathering of European conservatives in 2014 "we, the Judeo-Christian West, really have to look at what [Putin]’s talking about as far as traditionalism goes — particularly the sense of where it supports the underpinnings of nationalism," the Washington Post reported.

That was the same year that Trump was hailed as "the American Putin" by Russian nationalist Alexander Dugin, a philosopher generally referred to as "Putin's Rasputin" by Breitbart. Dugin's beliefs on the evils of liberalism have been quoted by Bannon and other far-right leaders, The Chicago Tribune reported.

"The Russian 'equivalent' of Trump putting Bannon on his security council would be if Putin did the same with Dugin," former U.S. ambassador to Russia Michael McFaul annotated in a blog post.

In the words of former Sen. Howard Baker (R-TN), "What did the president know and when did he know it?" Baker asked that question during the 1973 Watergate hearing that investigated the cover-up that extended all the way to the office of the president.

When Trump made his first major foreign policy speech in April, Russian ambassador Sergey Kislyak was seated on the front row. On the same day that Flynn was talking to the Russian ambassador, prior to the inauguration, Trump tweeted that it was a great move on Putin's part to delay reaction to U.S. sanctions. Acting Attorney General Sally Yates reportedly told the White House counsel that Flynn gave misleading statements about what he discussed with the Russians. According to the Washington Post, Yates further warned that his lies were so egregious that Flynn opened himself up to possible Russian blackmail because Russia knew he lied to his superiors. The White House never made any corrections to their statements and the White House has not revealed what Trump knew and when he knew it.

When Trump was asked about the report aboard Air Force One on Friday, he claimed he'd not heard the reports about Flynn but would look into it. It took him a full three days to do so, while Flynn was sitting in national security briefings just hours before he resigned.

Rep. Jason Chaffetz (R-UT) held dozens of hearings on Benghazi under the House Committee on Oversight and Government Reform. But when asked if he would be investigating Flynn, Chaffetz told reporters that there was no need because "It’s taking care of itself."