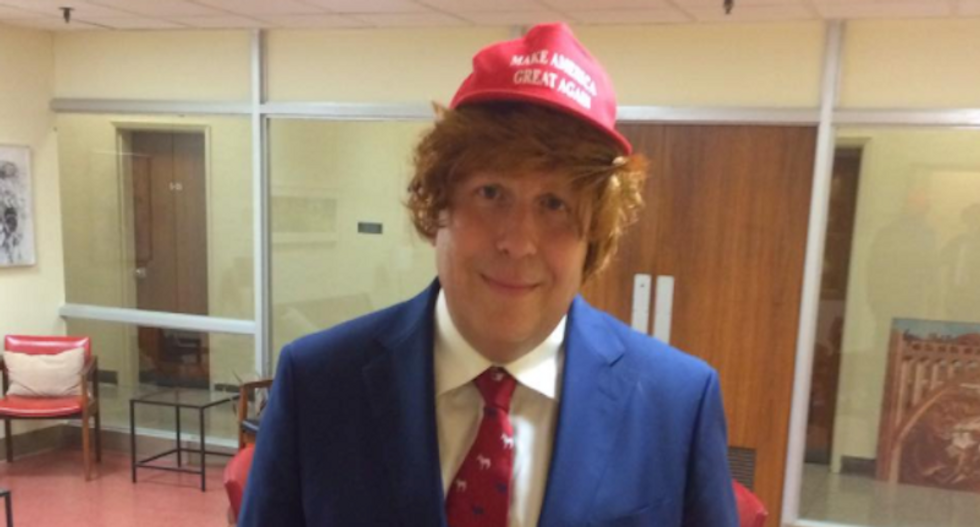 Pennsylvania lawmaker, state Sen. Daylin Leach took to Twitter to express his discontent about President Donald Trump's recent words in a meeting with county sheriffs from across the country. Trump reportedly joked to a sheriff of a small Texas County that he should "destroy" a lawmaker's career because of opposition to civil asset forfeiture by law enforcement.

Civil asset forfeiture has been a problem within law enforcement agencies who use the law to seize cash and property from individuals, on the basis that the property was involved in a crime. Individuals do not need to be arrested or convicted for the government to permanently seize their belongings, according to the ACLU. The Chicago Police Department, for instance, obtained nearly $72 million in cash and assets since 2009 through a civil asset forfeiture program, which it then used to maintain a secret slush fund for its drug and gang units and for surveillance equipment.

Leach, who has worked to reform the program in Pennsylvania, invited Trump to come after him as well. He wrote in a Twitter post, "Hey @realDonaldTrump I oppose civil asset forfeiture too! Why don't you try to destroy my career you fascist, loofa-faced, shit-gibbon!"

Leach's spokesperson Steve Hoenstine wrote in a statement that the senator's remarks were justified. "President Trump blithely talked about destroying the career of a man who disagreed with Trump on a policy issue. Then Trump laughed about it, which is just what you’d expect from someone who gets his kicks firing people on national television," the statement noted.

Hoenstine continued, "Trump just continues to undermine democratic norms, America’s system of checks and balances, and the general principle of human decency. Senator Leach is mad as hell about it, as you can see from his tweet."

Hoenstine also turned the lawmaker's comments into a meme, which he shared to his Twitter.