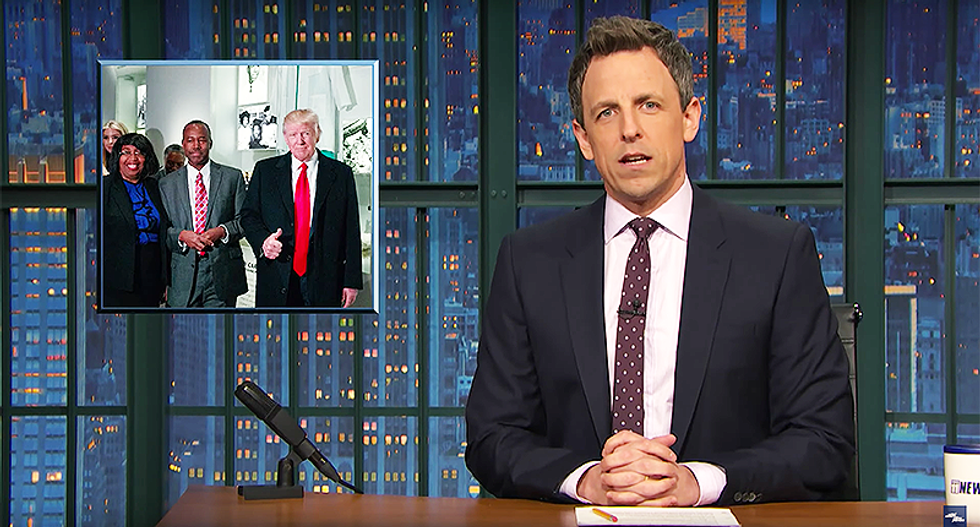 Trump also had dinner with Vice President Mike Pence in the White House dining room on Tuesday. "Pence said grace and Trump said, 'There were 1.5 million people at my inauguration,'" Meyers joked.

Spicer also refuted claims on Tuesday that retired Admiral Robert Harward turned down an offer to take over as National Security Advisor for financial reasons. "Well, what he said was, 'I wouldn't do that job for all the money in the world,'" Meyers said.

Oddly enough, Pence spoke in front of a crowd in Brussels, Belgium, while standing with an American flag that had 51 stars on it. Meyers explained that the extra star was there to represent the new U.S. state: panic.

Watch the jokes below: