'She is miserable': Melania Trump reportedly unhappy with new role as First Lady 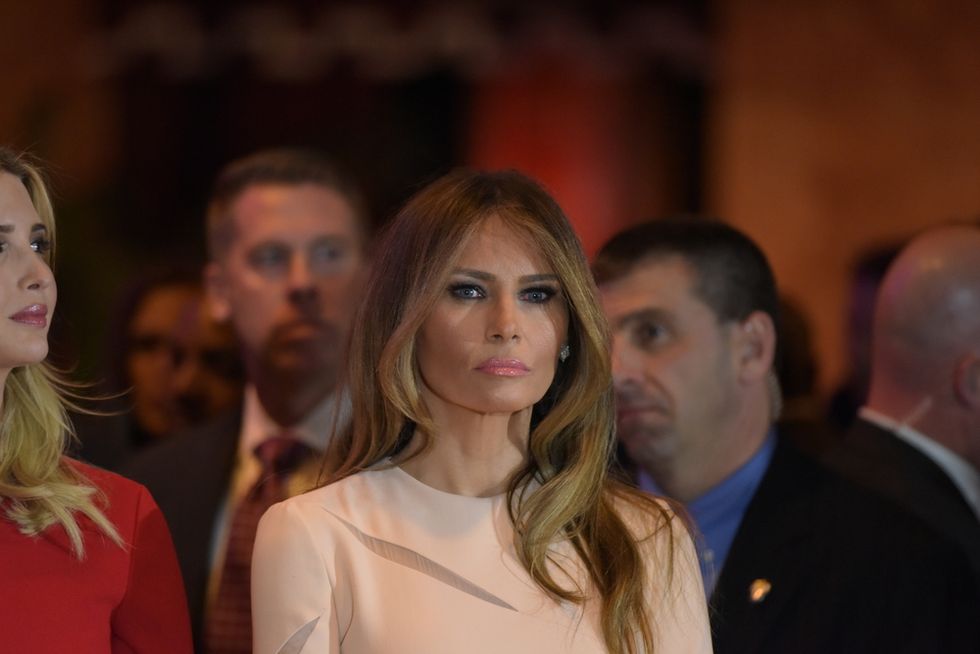 First Lady Melania Trump is unhappy with the turn her life has taken since her husband was elected President of the United States.

According to sources speaking with US Weekly, the wife of Donald Trump didn't sign up to be in the political spotlight when she married him in 2005. The reluctance to play the role of wife of the president may be why the very private Melania has remained in their Manhattan penthouse while Trump spends his weekdays at the White House.

According to a friend of the family, the former model, “Is unhappy with how her life ended up. She is miserable.”

The First Lady has remained in New York since her husband was inaugurated. She joins him in Florida when he makes his weekly sojourn to his Mar-a-Lago resort, where she poses for the cameras with him, saying she is most happy there because she "Loves Palm Beach."

The First Lady was recently photographed over the weekend in Del Ray Beach, accompanying Akie Abe, the wife of Japanese Prime Minister Shinzo Abe, to a local church and posing for pictures.

According to the US Weekly source, "Don’t let her smile in those photos fool you. She hates this.”

The heightened scrutiny of being married to what is called the most powerful man in the world is now keeping her from accompanying their son, Barron, to school each day in a chauffeured SUV due to protesters on the streets.

“Melania has the Secret Service take Barron to school and retrieve him,” the source explained.

Added to the First Lady's woes is the fact that her attorneys now say that attacks on her have damaged her prospects of launching a multi-million dollar fashion line under her own name.

US Weekly reached out to another source with close ties to the family who denied that Trump is miserable. "She is very happy with her life and supporting her husband and family,” that source said.