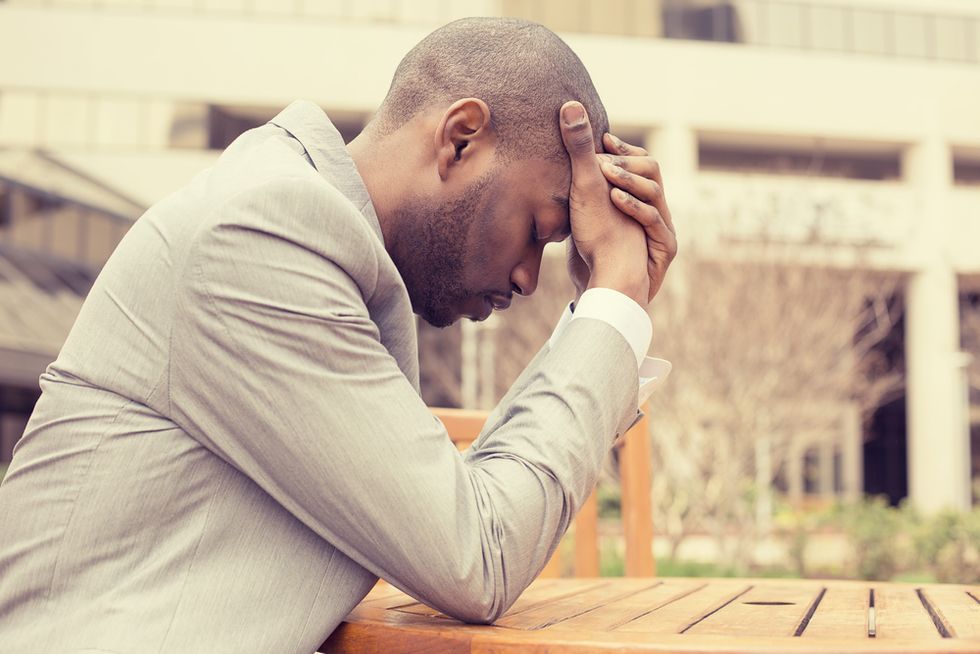 Two-thirds of people in the United States say that concern over the future of the country is a “very or somewhat significant” source of stress, according to a new report from the American Psychological Association.

Communities of color are particularly impacted, with nearly seven in 10 black respondents saying the outcome of the election is a “very or somewhat significant” source of stress. By comparison, 56 percent of Latino and 42 percent of white respondents said the same.

The study, “Stress in America,” was produced by the APA based on survey data it commissioned from Harris Poll. It finds that, compared to all other generations, millennials are bearing the greatest burden, with 58 percent reporting the outcome of the election as a key source of stress.

Meanwhile, the report finds that communities of color report that “police violence toward minorities” is a clear source of stress, with the short period between August 2016 and January 2017 marking a considerable rise across the board.

“Among white Americans, the percentage for whom this is a significant source of stress increased from 27 percent to 35 percent,” the report states. Meanwhile, the report determines that the stress levels for the category of “Hispanic rose from 47 percent to 53 percent; black rose from 68 percent to 71 percent; Asian rose from 42 percent to 57 percent.”

These high levels of stress appear to be harming public health. “The percentage of people reporting at least one health symptom because of stress rose from 71 percent to 80 percent over five months,” the report states. Roughly a third of respondents reported headaches, feelings of being overwhelmed, anxiety, depression or sadness.

"The stress we're seeing around political issues is deeply concerning, because it's hard for Americans to get away from it," said Katherine C. Nordal, APA's executive director for professional practice, in a press statement about the study. "We're surrounded by conversations, news and social media that constantly remind us of the issues that are stressing us the most."

"While these common health symptoms might seem minor,” Nordal continued, “they can lead to negative effects on daily life and overall physical health when they continue over a long period.”