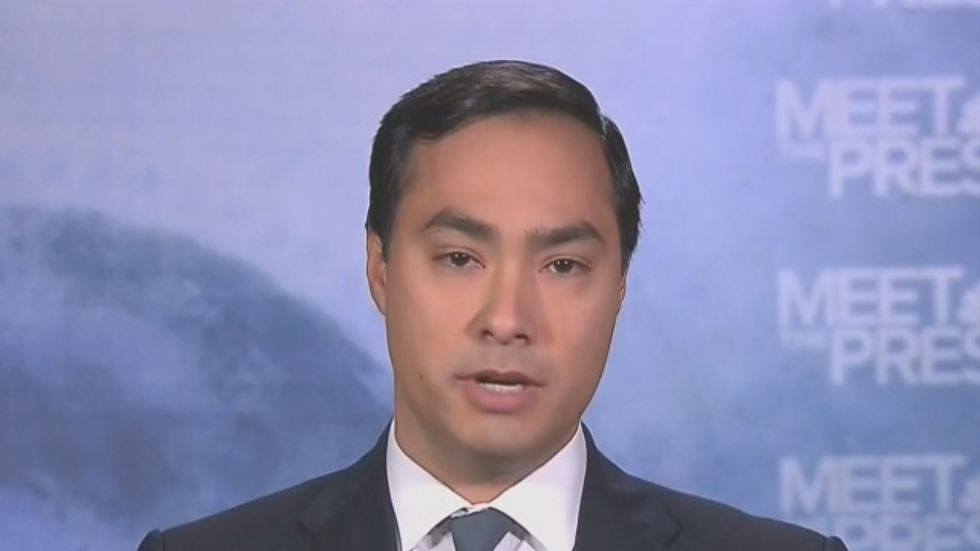 Democratic U.S. Rep. Joaquin Castro (TX) said that if Pres. Donald Trump tries to force government agencies to ignore a judge's stay on his controversial -- and chaotically implemented -- immigration order from last week, then Congress must begin the process of impeachment.

BuzzFeed.com said Wednesday that Castro joined other Democrats like Sen. Dick Durban (D-IL) in calling for an investigation into whether Trump "intentionally exceeded his constitutional authority" with the order, which plunged the U.S. immigration system into chaos and drove protesters into the streets by the thousands.

Congress must take steps to censure Pres. Trump, Castro said, or begin impeachment lest the nation's government devolve into a "military junta" with "no more checks and balances" on executive power.

If the White House has ordered Customs and Border Patrol (CBP) officers to ignore the stay handed down by a federal judge last Sunday, Democrats say, then the administration has crossed a red line.

CBP spokeswoman Gillian Christensen told BuzzFeed that her agency is operating within the law, saying, "CBP officers are not detaining anyone. Green card holders who arrive in the U.S. have to go through secondary screening but that process is working smoothly and relatively quickly. Furthermore, visa holders who would be affected by the executive order are being denied boarding at their point of departure so they are not even making it into the U.S.”

Christensen said that CBP is complying with Sunday's court order and indicated that the agency is following the lead laid out by Department of Homeland Security (DHS) chief John Kelly, who issued a statement on Monday saying that his agency is in compliance with the ruling laid out by Judge Ann Donnelly of the U.S. District Court for the Eastern District of New York on Sunday.

"Throughout the weekend immigration attorneys accused CBP agents at airports of attempting to deport people, refusing them access to clients, or generally ignoring all or portions of the various court orders halting the executive order," wrote Stanton.

Castro and other Democrats remain skeptical of the new administration, saying that if the president has ordered CBP employees to ignore the court order, “there should be a resolution of censure. And if he does it again, there should be articles of impeachment.”