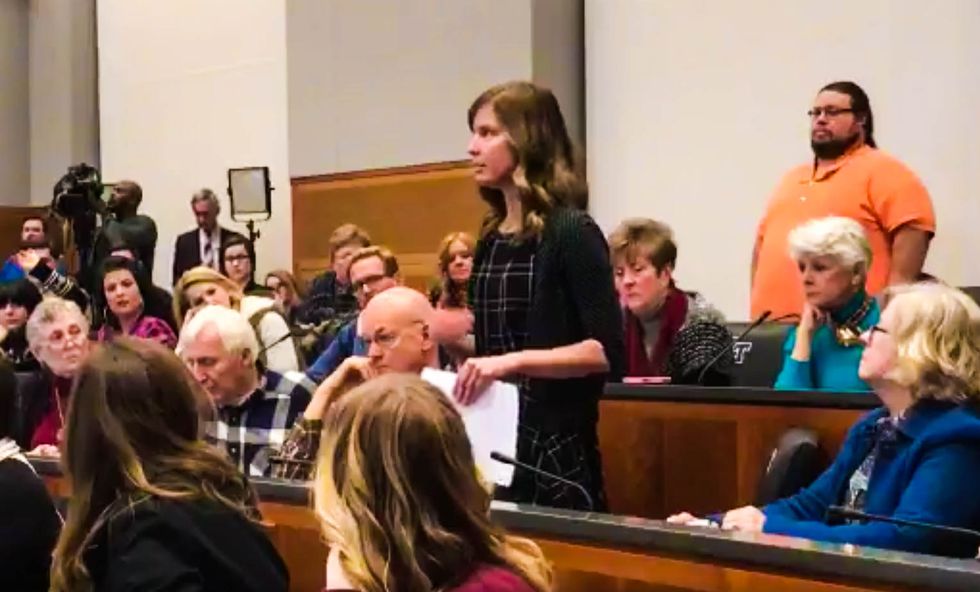 A Tennessee woman offers a defense of Obamacare at a town hall hosted by Rep. Diane Black (R - TN).

Republican lawmakers who are working to repeal the Affordable Care Act are being subjected to the same treatment that Democrats were subjected to when they worked to pass the law eight years ago.

At town halls around the country, GOP officials are facing angry constituents who are worried about losing their access to health care if Congress repeals the ACA without enacting any kind of comparable replacement.

At a town hall meeting featuring Rep. Diane Black (R - TN) on Thursday evening, a Christian woman stood up and cited her religion as the reason that she didn't want to see Obamacare repealed.

"As a Christian, my whole philosophy in life is pull up the unfortunate," she said. "So the individual mandate, that's what it does: The healthy people pull up the sick. If we take those people, and we put them in high-risk insurance pools, they're costlier and there's less coverage... So we are in effect punishing our sickest people."

She then went on to ask Black to expand Medicaid so that "everybody [will] have insurance."

She received applause from around the room.

Check out the video below.