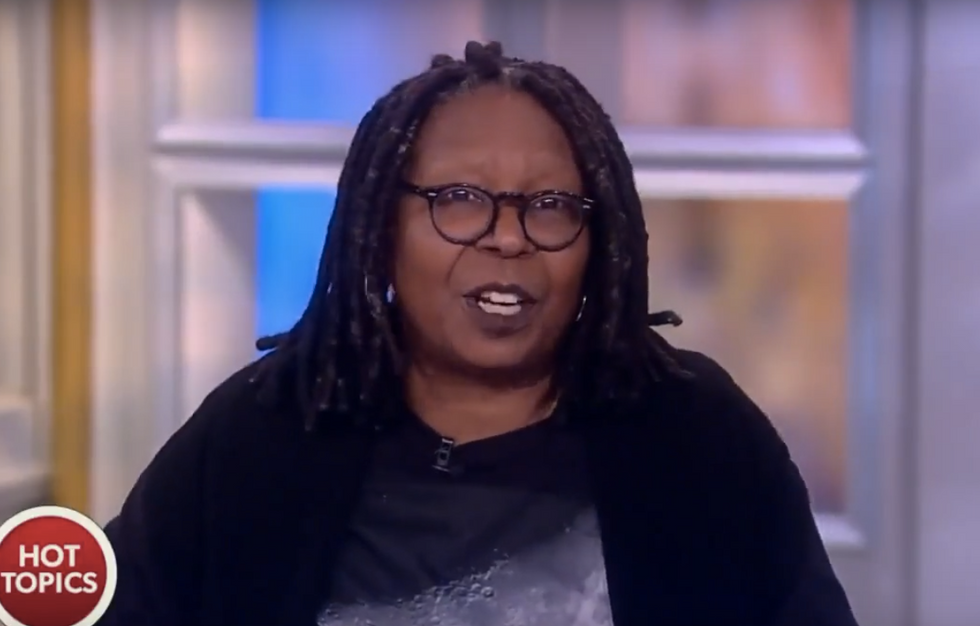 The View panel on Thursday bestowed a new nickname on Pres. Donald Trump's spokesman Stephen Miller and extended him an invitation to appear on the show.

During the daily "Hot Topics" segment, the group talked about #ADayWithoutImmigrants protest before moving on to the deceptions and missteps of the Trump White House.

"Who isn't an immigrant?" asked Whoopi Goldberg. Politicians, "all of those senators and the guy who's president," everyone in the U.S. who isn't Native American is an immigrant or is descended from immigrants, she said.

"Including this Rotten Baby Miller," she said. "He is also an immigrant."

"What did you call him?" asked Joy Behar.

"Rotten Baby Miller," Goldberg replied. "Because he kept saying, 'I will talk to anybody!' We've invited him."

She turned to the camera and said, "Hey, Rotten Baby Miller, we're inviting you again. Come on!"

Miller did the rounds of political talk shows last weekend, angrily asserting that Pres. Trump's press secretary Sean Spicer is "100 percent correct" on all issues and that the administration is "just getting started" settling its scores and punishing its critics.

His strident, wooden reading of talking points off a teleprompter and his assertion that the president's power "will not be questioned" earned him nearly universal negative reviews and ridicule. Although, at the end of the day, his boss Pres. Trump tweeted that Miller did "a great job."

Trump has dismissed the reports out of hand, instead tweeting that intelligence agencies are breaking the law by sharing information with the media.

"You know, I was thinking about him today," said Behar, "and how really not-that-bright he is. You make an enemy of the very people who have all the goods on you."

"The people who know everything about you and you pick a fight with them?" she continued. "And you send a valentine to Putin? That's really not that bright. He's dumb."