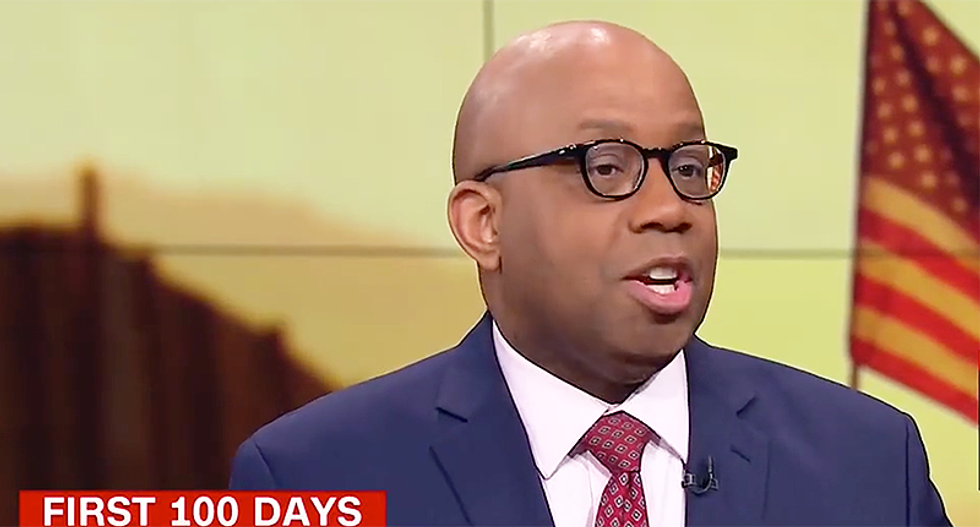 Journalist and commentator Errol Lewis slammed the Trump administration for their use of minor crimes to target undocumented immigrations for mass deportations.

Host Chris Cuomo noted that typically, an undocumented immigrant is only deported after he or she is charged with a criminal offense. In recent cases, Immigration and Customs Enforcement (ICE) has arrested people while filing for domestic violence protective orders or for minor traffic violations.

"It's not just about being arrested," Lewis corrected Cuomo. "You may be a risk of committing a crime. The plus is that it enables [police] to get on with the business and the political promise he made to his base. The minus, of course, is that you're going to stumble into a due process mine field and allowing a field officer to say, 'I think you did something that might be a criminal offense.'"

Cuomo qualified that any undocumented immigrant could be accused of a crime because they entered into the United States illegally.

Lewis said that this forces an issue that Congress has stepped around in their work on coming up with comprehensive immigration reform and that it's going to get complicated quickly.

"It's not clear at all where people say, 'I wasn't shoplifting and I have to get that adjudicated,'" Lewis continued. "It's going to get very complicated very quickly. They're going to get the maximum amount of flexibility as they go charging into this campaign promise they're trying to keep."

Panelist Jackie Kucinich noted that there have already been legal problems surrounding these kinds of deportations.

"There were a lot of problem with the facilities and the conditions there. How many people were there and now multiply that. This is going to be expensive," she said.

Lewis said that the country is in for a real education on this issue.

"There are always these metaphors about 'get to the end of the line,' 'wait your turn' and all of these things that don't exist," Lewis said.

Cuomo asked why they don't exist, and Lewis explained that there is no line and there are 10 different ways to enter the U.S. as an undocumented or documented immigrant. The reality is that it comes down to who one is married to, who their family is and the reasons you're applying.