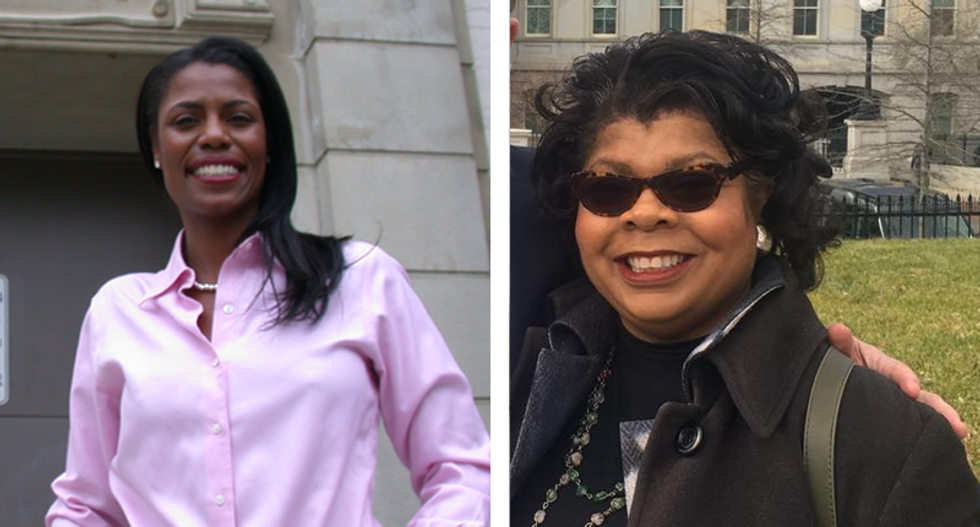 Former reality TV star Omarosa Manigault, now a top adviser to President Donald Trump, claims to have a recording of her contentious exchange with a White House reporter.

April Ryan, a longtime White House correspondent for American Urban Radio Networks, said Manigault "physically intimidated" her and threatened to reveal damaging information about her and other journalists, reported the Washington Post.

Ryan says the former "Apprentice" star angrily accused her of working for the Hillary Clinton campaign, based on an Intercept report suggesting the Democrat had hoped to influence some journalists.

"She stood right in my face like she was going to hit me,” Ryan told the Washington Post. “I said, 'You better back up.'"

Manigault now says she recorded the incident and shared the evidence with some reporters -- which has Ryan upset.

“I didn’t know she was taping it,” Ryan told the newspaper. “This is about her trying to smear my name. This is freaking Nixonian.”

Manigault argued that the White House press staff routinely records interviews with reporters, which would be covered under the Washington, D.C., "one-party consent" law.

She said a White House colleague recorded the dispute.

"She came in hot," Manigault said of Ryan, a former friend. “She came in with an attitude. For her to characterize me as the bully — I’m so glad we have this tape … because it’s ‘liar, liar, pants on fire.'"

Ryan claims the recording does not accurately depict the encounter.

"She wants to spin it like it’s a catfight, but she edited that tape,” Ryan said. “You don’t hear her screaming. This is about her smearing me.”

Fox News on Wednesday tried to reignite interest in the criminal investigation being conducted into Hunter Biden, the son of President Joe Biden.

In a tweet posted on Wednesday morning, Fox News wrote that its sources claim the "Hunter Biden probe [is] 'active and ongoing' without White House interference."

On Wednesday, Politico reported that the departure of former President Donald Trump from the White House has caused a growing rift between Republicans in the House of Representatives and the Senate in how to approach dealing with the new Biden administration.

"The Senate GOP is firmly behind Alaskan Lisa Murkowski's reelection bid even after she voted to convict the former president of inciting an insurrection," wrote Burgess Everett and Melanie Zanona. "But across the Capitol, House Republicans are largely leaving Ohio Rep. Anthony Gonzalez on his own following his impeachment vote as Trump endorses his primary challenger."