Trump aide Stephen Miller called US Attorney at home to tell him how to defend Muslim ban: report 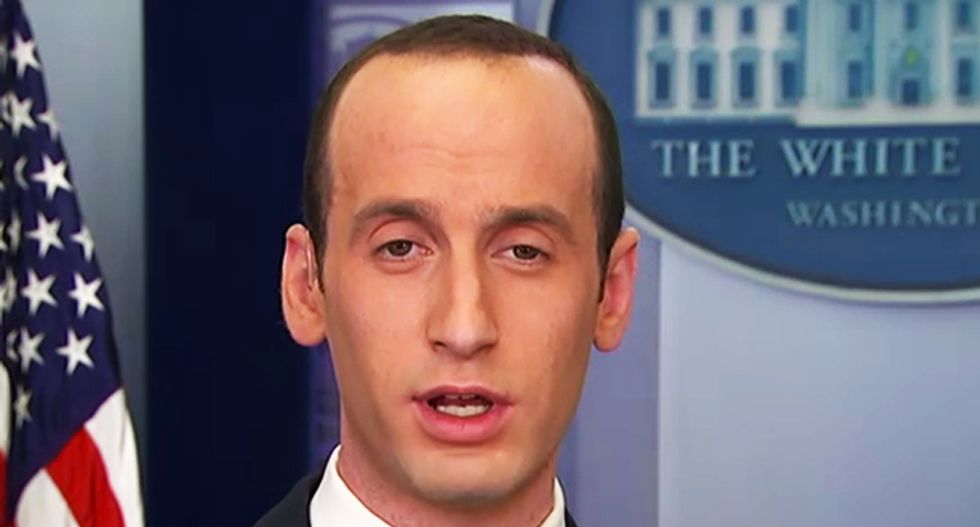 Hours after President Donald Trump signed a late-Friday executive order harshly restricting travel from Muslim-majority countries and halting refugees from entering the U.S.,  Trump aide Stephen Miller called a U.S. Attorney with instructions on how he expected him to defend the order.

The New York Daily News reports the Trump adviser took preemptive action by calling the the U.S. Attorney for the Eastern District,  Robert Capers, at his home right after the president signed the immigration order that was later struck down in federal court.

According to the report, Miller -- who has no law degree -- called the home of U.S. Robert Capers to dictate defense instructions before a emergency federal court hearing scheduled for Saturday morning.

A federal law enforcement official with knowledge of the call said Department of Justice attorneys had to cancel weekend plans as they were called back to their Brooklyn office to figure out exactly what they were defending and who was being affected by it.

An Eastern District spokesperson declined to comment on any contact between Capers and Miller or what was said.

U.S. Attorney Capers turned over the case to his civil division chief Susan Riley who was forced to defend it, but ultimately admitted to a judge she had no idea what it entailed.

“This has unfolded with such speed that we haven’t had an opportunity to address the issues, the important legal issues,” Riley confessed to the judge.

Riley also admitted that she had no idea how many people who were being held and exactly who the order would effect.

The judge ultimately stayed Trump’s order, as did another federal judge that same evening.

The Trump administration is currently working on a revised order that they hope will withstand court scrutiny.