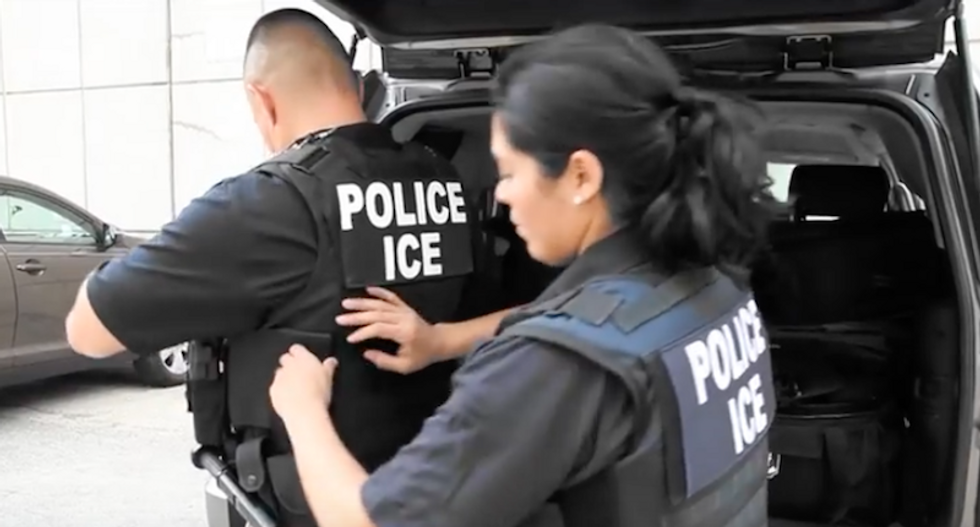 The New York Times reports that ICE last week detained Juan Carlos Hernandez Pacheco, the owner of the La Fiesta restaurant in the town of 8,000 people located in southern Illinois.

While residents in the town said that they were still supportive of the president's moves to deport undocumented immigrants, they told the Times that the president should make more exceptions for people like Pacheco, who have not only been exemplary local businessmen, but also pillars of the community who take part in local charity events.

"I think people need to do things the right way, follow the rules and obey the laws, and I firmly believe in that," local resident Lori Barron told the paper. "But in the case of Carlos, I think he may have done more for the people here than this place has ever given him. I think it’s absolutely terrible that he could be taken away."

West Frankfort Mayor Tom Jordan similarly praised Pacheco as a "great asset" to the community who "doesn’t ask for anything in return."

And Richard Glodich, the athletic director at a local high school, wrote a letter in support of Pacheco in which he slammed ICE for arresting "a GOOD MAN that should be used as a role model for other immigrants."

The specific reason that ICE decided to target Pacheco for arrest is still unknown. ICE wouldn't comment on the specificity of Pacheco's case, and would only say that "every day, as part of routine operations, ICE officers target and arrest criminal aliens and other individuals who are in violation of our nation’s immigration laws."