Trump blamed for racism at Texas restaurant: 'Owner is Mexican. We will not return. America first' 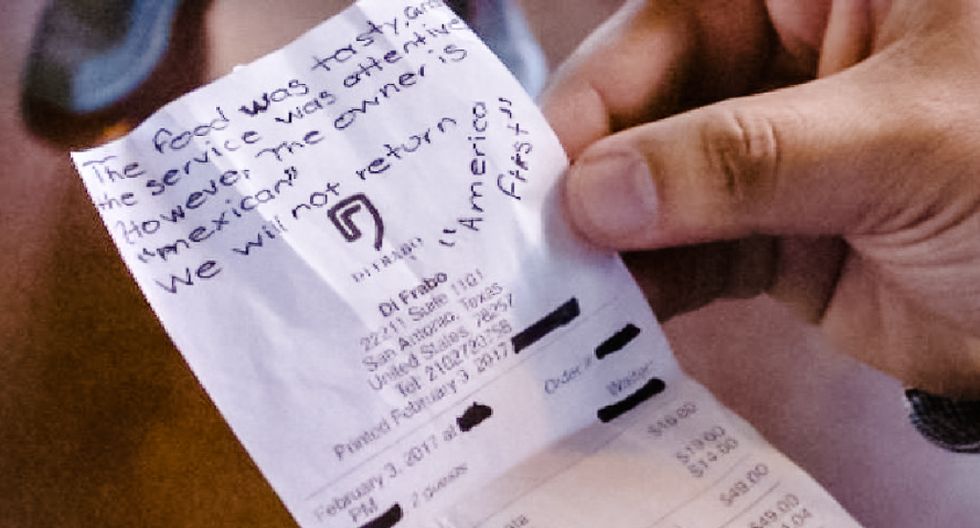 A Mexican-born owner of an Italian restaurant in San Antonio said that a customer left a nasty note, vowing not to return because of his nationality.

Fernando Franco, founder of Di Frabo Italian restaurant, told KSAT that a couple dining at the restaurant for lunch on Friday left the racist message.

"The manager came to me ... and he said that last couple they left this note," Franco recalled.

"The food was tasty, and the service attentive," a message written on the couple's receipt read. "However the owner is 'Mexican.' We will not return. 'America first.'"

Franco, who is in the United States on a E-2 investors visa, told WOAI that the note was like a "slap in the face."

According to the business owner, the hateful message was connected to Donald Trump's presidential campaign, which demonized Mexicans.

"I told my staff the good thing is that they said that the food was tasty and the service was attentive so I guess that's a good thing," he observed.

Watch the video below from KSAT.