Trump muses to Fox's O'Reilly about how he knows Obama 'likes' him: 'I can feel it' 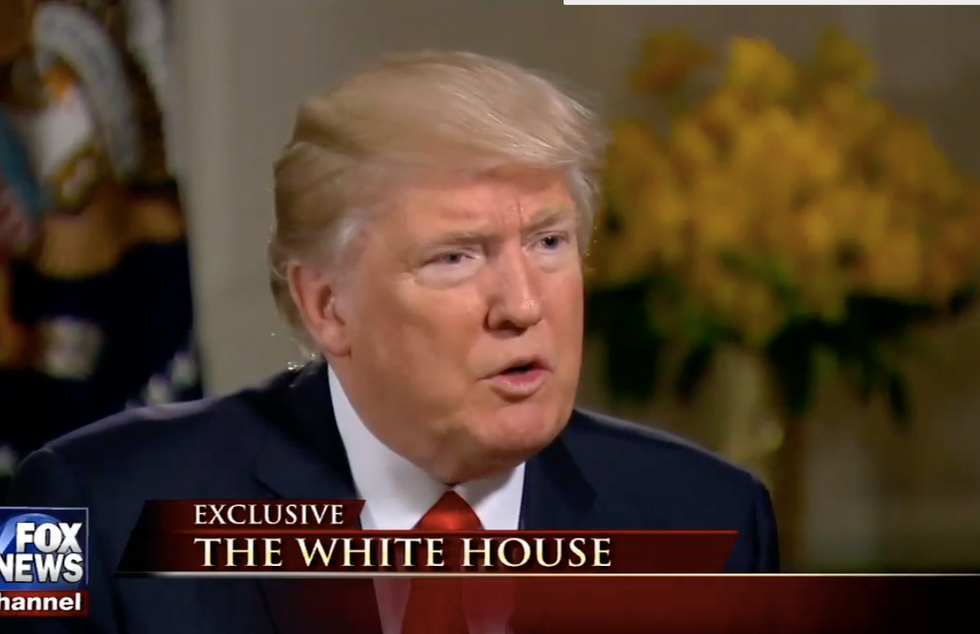 During part two of his interview with Fox News’ Bill O’Reilly on Monday, Donald Trump insisted former President Barack Obama “likes” him, telling the host he “can feel it.”

“You know what was fascinating, to watch you at the Inauguration with Barack Obama,” O’Reilly said to Trump. “You guys seem to get along.”

“It’s a very strange phenomenon, we get along,” Trump insisted. “I don’t know if he’ll admit this, but he likes me. I like him.”

“How do you know he likes you,” O’Reilly asked.

“I can feel it,” the prescient Trump replied. “That’s what I do in life, it’s called like, ‘I understand.’”

“We had a rough campaign,” he continued. “He was vicious during the campaign toward me, and I was vicious toward him. We said horrible things to each other, and then we hop into the car and we drive down Pennsylvania Avenue together, we don’t even talk about it.”

“Politics is amazing,” the President of the United States added. Trump then teased that he and Obama discussed what our “biggest problem is,” refusing to tell O’Reilly what that problem is.

“We had a great, it was a great inauguration,” Trump said, circling back to his budding friendship with the former president, whom he spent years trying to delegitimize with claims he was born in Kenya and therefore ineligible to be president. “I loved every minute of it, and I got along with him. In fact, people were sort of surprised, I finished,I turned around he was smiling, I was smiling.”

“It was fascinating,” O’Reilly concurred.

For good measure, here’s a look at Obama’s face during Trump’s inaugural address.