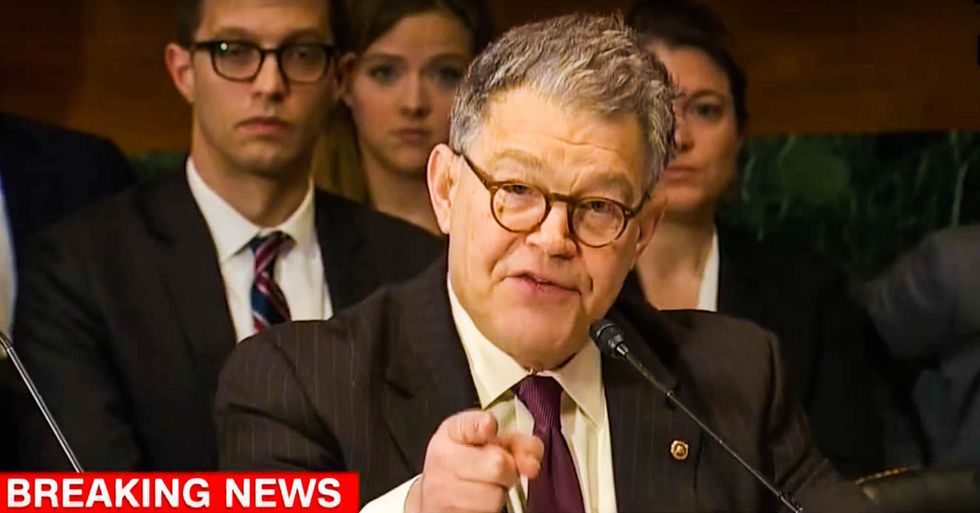 Sen. Al Franken (D - MN) was not happy with Sen. Ted Cruz (R - TX) for allegedly impugning his integrity -- and on Wednesday, he let the world hear about it during a heated exchange with his fellow senators.

At issue was the fact that Cruz had accused Franken of misrepresenting the civil rights record of Sen. Jeff Sessions (R - AL), who is now in the process of being confirmed as President Trump's nominee for attorney general.

During a speech in the Senate on Wednesday, Franken took time to correct the record to show that it was Cruz who had misrepresented the facts. Among other things, he noted that Cruz had falsely claimed that 1986 testimony about Sessions making racially insensitive remarks had been recanted, when in fact it hadn't.

Franken's colleague Sen. John Cornyn (R - TX) objected to Franken's speech, and said it was inappropriate for him to call out Cruz when the senator wasn't even in the room to defend himself.

Franken, however, was undeterred.

"Senator Cruz did the very thing Senator Cornyn is accusing me of doing," Franken shot back. "In my absence... he personally went after me, he personally impugned my integrity. You didn't object then, did you?"

Check out the entire exchange below.