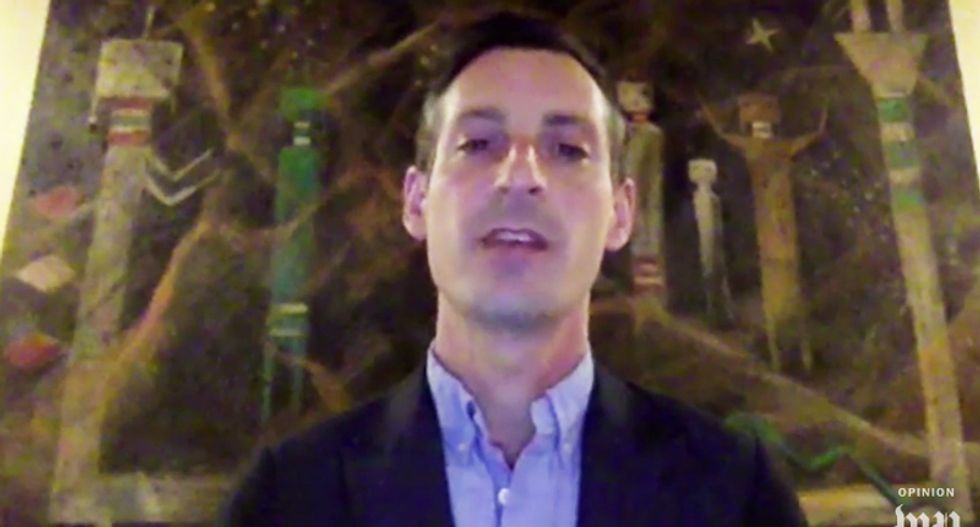 In a blistering piece written for the Washington Post -- with accompanying video -- a CIA veteran went public with his resignation from the agency saying he could not see himself working for President Donald Trump.

In a rare public admission, analyst Edward Price, who recently served as the spokesperson for the National Security Council, claimed that Trump's conduct -- as well as his treatment of the intelligence agency -- forced him to conclude that the newly-elected president is either "deceitful or delusional."

According to Price, he had made plans to make a career at the agency and has served under Presidents from both parties, but he said Trump presents insurmountable problems.

"I watched in disbelief when, during the third presidential debate, Trump casually cast doubt on the high-confidence conclusion of our 17 intelligence agencies, released that month, that Russia was behind the hacking and release of election-related emails," Price explained. "On the campaign trail and even as president-elect, Trump routinely referred to the flawed 2002 assessment of Iraq’s weapons programs as proof that the CIA couldn’t be trusted — even though the intelligence community had long ago held itself to account for those mistakes and Trump himself supported the invasion of Iraq."

According to Price, he was appalled when Trump made his first appearance at CIA headquarters and bragged about his inauguration crowd in front of a memorial for fallen CIA officers.

"Trump’s actions in office have been even more disturbing. His visit to CIA headquarters on his first full day in office, an overture designed to repair relations, was undone by his ego and bluster," he wrote. "Standing in front of a memorial to the CIA’s fallen officers, he seemed to be addressing the cameras and reporters in the room, rather than the agency personnel in front of them, bragging about his inauguration crowd the previous day. Whether delusional or deceitful, these were not the remarks many of my former colleagues and I wanted to hear from our new commander in chief."

Price also suggested that the intelligence community will be impacted by the radical changes to the National Security Council where he was once a spokesperson.

"The final straw came late last month, when the White House issued a directive reorganizing the National Security Council, on whose staff I served from 2014 until earlier this year." Price explained. "Missing from the NSC’s principals committee were the CIA director and the director of national intelligence. Added to the roster: the president’s chief strategist, Stephen K. Bannon, who cut his teeth as a media champion of white nationalism."