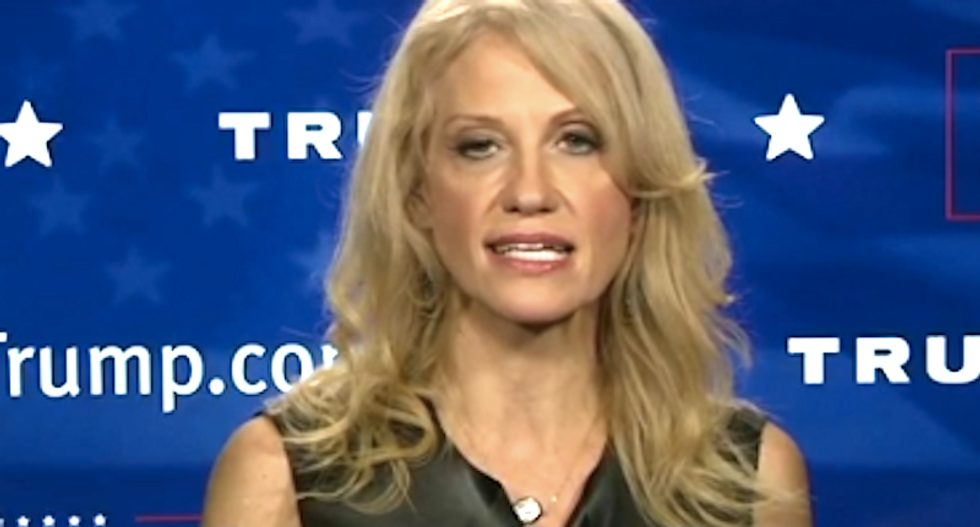 News broke on Wednesday evening that President Donald Trump had angrily berated Australian Prime Minister Malcolm Turnbull last week over a deal that his government struck with the Obama administration to accept 1,250 refugees.

Trump adviser Kellyanne Conway went on Fox & Friends on Thursday and took a veiled shot at one of America's most stalwart allies for leaking the transcript of Trump yelling at their own prime minister.

"This is the practice for us, though -- we're the ones not leaking," Conway told the program. "You saw it with the earlier reports, you see it here. You're a little bit hamstrung when you're the ones upholding the law or, more frankly, upholding a gentlemen's agreement to not release."

When asked by the Fox & Friends who did release the transcript, Conway gave a cagey reply.

"Well, you can make your own conclusions," she said, implying that if the Trump team didn't leak the call, it must have been Australia.

.@KellyannePolls: The leaked transcript of the call between President Trump and Australia PM Turnbull did not come… https://t.co/ADoX0vsT5u
— FOX & friends (@FOX & friends) 1486040701.0