WATCH: Sean Spicer said in December that only 'dictatorships' do what the White House did today 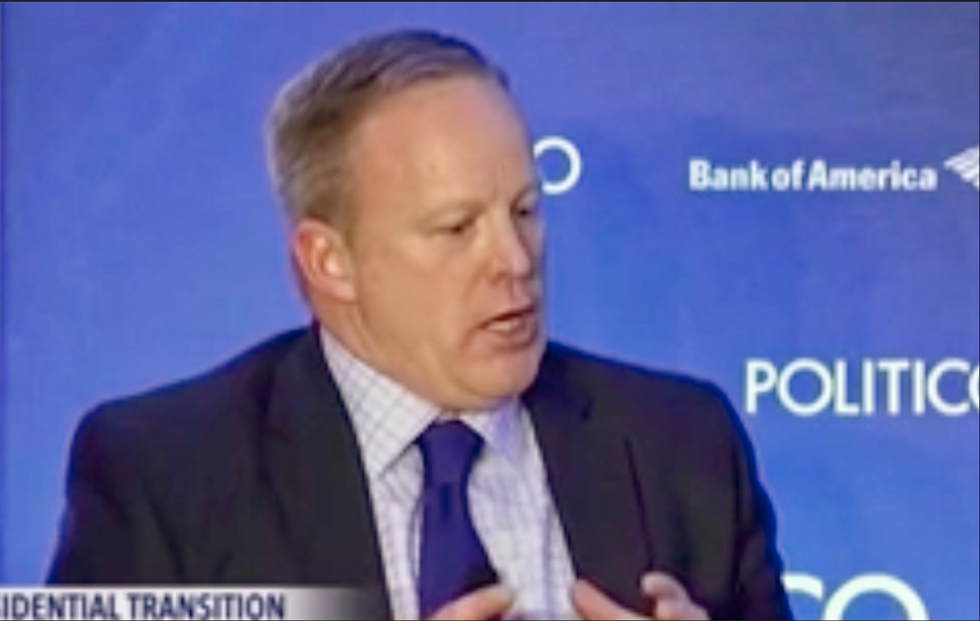 Monday's decision by Pres. Donald Trump's White House to only invite friendly media outlets to an off-camera briefing with Press Secretary Sean Spicer set off a chorus of shock and disbelief in the media world.

The Washington Post reported Friday that less than four months ago, when Press Secretary Sean Spicer was asked if the Trump White House would play favorites among media outlets, he vehemently denied that it would happen.

At a December event hosted by Politico -- one of the news outlets barred from today's off-camera press gaggle -- Press Secretary Sean Spicer said that allowing the press free access to government officials is not just a matter of principle, it's what separates a democracy from a dictatorship.

"We have respect for the press when it comes to the government -- that it is something you can't ban an entity from," Spicer said. "Conservative, liberal or otherwise. That makes a democracy a democracy versus a dictatorship. I think there is a vastly different model when it comes to government and what should be expected, and that’s on both sides.”

During the 2016 presidential race, the Trump campaign would refuse to allow certain news organizations access when their coverage displeased him. At various points during the campaign, Trump banned the Washington Post from briefings and press conferences, as well as Politico, BuzzFeed, The Huffington Post, The Daily Beast, The Des Moines Register, the Union Leader, Univision and Fusion.

Watch video of Spicer's comments from December, embedded below: