WATCH: Seth Meyers roasts Trump for being too lazy to Google whether Frederick Douglass is still alive 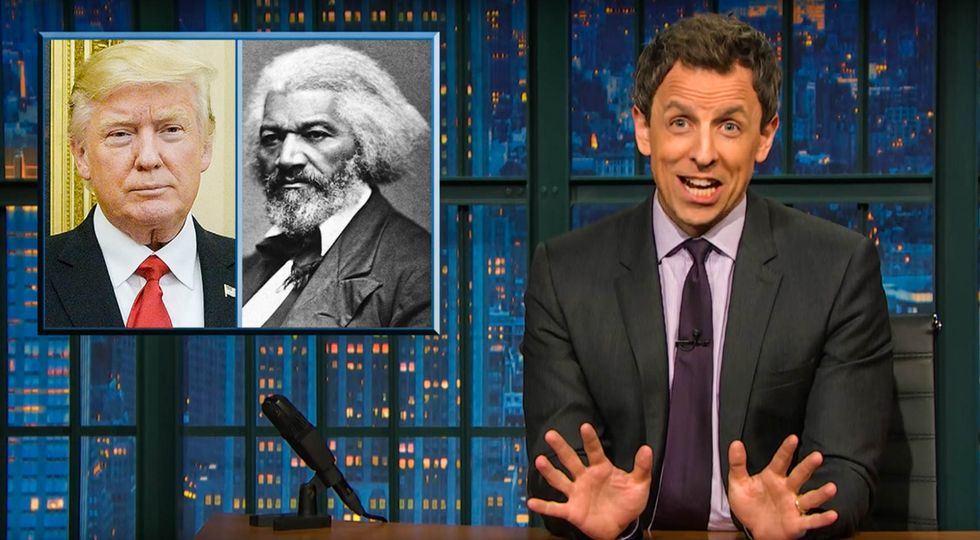 President Donald Trump this week raised some eyebrows when he described abolitionist leader Frederick Douglass as "somebody who has done an amazing job and is being recognized more and more, I notice."

Seth Meyers noted on Thursday night that not only did Trump not appear to know who Frederick Douglass was, but he also seemed to think that Douglass was still alive.

As if that weren't bad enough, Meyers then slammed White House Press Secretary Sean Spicer for similarly seeming to have no clue who Douglass was, and for also making it sound as though Douglass was still alive.

"Who among us wouldn’t panic if asked to recite stuff we learned in high school?" Meyers asked rhetorically. “But how did you not have time between the president’s comments and your press briefing to Google Frederick Douglass? And not his whole biography, but simple stuff like, ‘Is Frederick Douglass alive?'"

Check out the whole segment below.