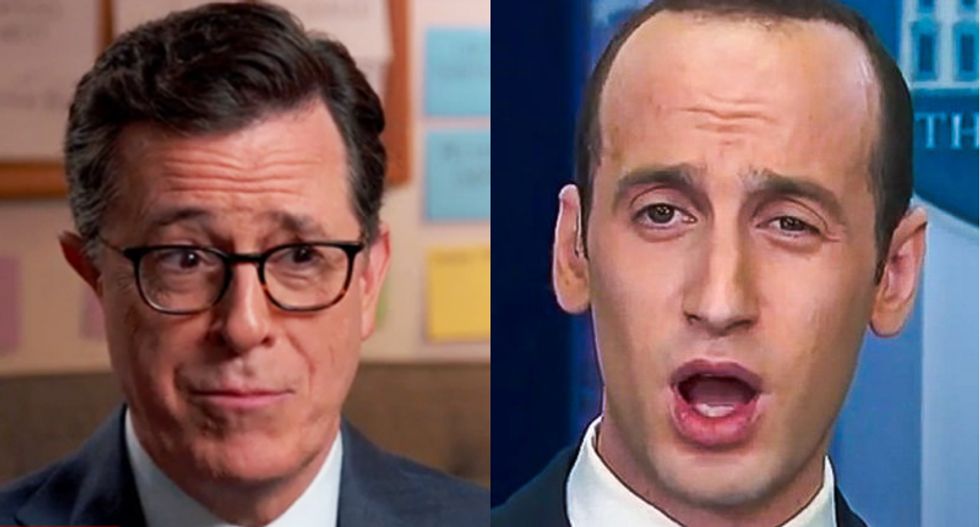 Discussing Miller’s rounds on the Sunday news shows, Colbert noted the advisor “took his strongest stand when it came to defending the president’s super-crazy charges of voter fraud.”

On several news programs this weekend, Miller defended the president’s latest claim about rampant voter fraud, which Trump launched last Friday during a meeting with senators. Politico reports the president insisted at the meeting that he lost the state of New Hampshire because buses full of Massachusetts voters illegally voted in the Granite State.

“And Miller has the evidence—kinda-sorta,” Colbert said Monday, playing a clip of Miller insisting a Sunday morning news program is not the time or place to lay out the administration’s evidence of voter fraud.

“While Miller doesn’t want to show any evidence on TV, he will show all of his face on any of it,” Colbert noted, showing the Trump advisor insisting he will defend the president on “any show, anytime, anywhere.”

“Perfect, how about the Late Show, tomorrow, at the Ed Sullvan Theatre?” Colbert challenged.