'A good way to go to jail': Twitter explodes over revelations Sessions lied about Russian contacts 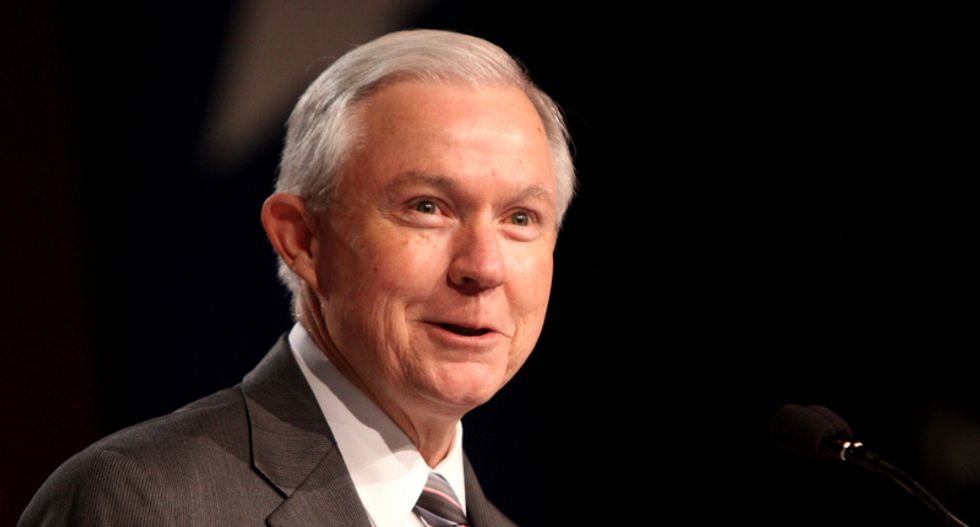 The Washington Post on Wednesday revealed Attorney General Jeff Sessions spoke twice with Russian Ambassador Sergey Kislyak, despite his testimony to Congress insisting he “did not have communications with the Russians” as a surrogate for the Trump campaign.

The report exploded on social media, prompting Twitter to lambast the attorney general for his failure to disclose his conversations with Kislyak.

Al Franken: What will you do if it turns out Trump's people were colluding with Russians? Sessions: I ain't talk t… https://t.co/ReM49OyG0X
— Jermaine Spradley (@Jermaine Spradley) 1488422357.0

Remeber the early Obama-era scandal where he got in trouble for saying cops shouldn't have been mean to a black professor? Good times.
— Hayes Brown (@Hayes Brown) 1488422727.0

Because it's so self-demolishing, this is technically the best thing Jeff Sessions has done for the world.
— Bess Kalb (@Bess Kalb) 1488423309.0

Good on Sessions for demonstrating why he shouldn't be AG with something entirely orthogonal to his racism.
— Ankit Panda (@Ankit Panda) 1488423171.0

Hmmm… I wonder if it’s just a coincidence that Sessions and Flynn both tried to hide their contacts with Russia
— Taegan Goddard (@Taegan Goddard) 1488423470.0

Misleading the Senate in sworn testimony about one own contacts with the Russians is a good way to go to jail https://t.co/qH0s6sTMJ9
— Richard W. Painter (@Richard W. Painter) 1488423948.0

A detail from a new Washington Post report shows that Donald Trump was personally involved in returning only a portion of the government documents the National Archives had repeatedly asked him to return.

The former president asked one of his lawyers to tell the National Archives earlier this year that he had returned all the documents, which the attorney refused to do because he wasn't sure it was true, and the Post's Jacqueline Alemany told MSNBC's "Morning Joe" that Trump personally packed the boxes himself -- suggesting that he was fully aware that additional materials remained at Mar-a-Lago.