Anderson Cooper nails Kayleigh McEnany: If Trump had proof of Obama wiretapping he could already produce it 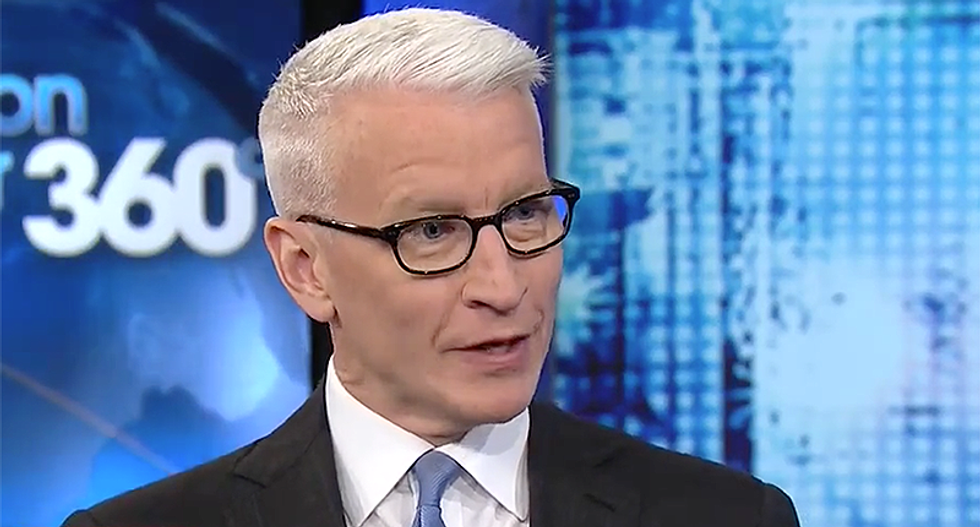 CNN's Anderson Cooper called out Kayleigh McEnany on his Monday night show after she claimed Trump probably has inside information that validates his accusations against President Barack Obama.

McEnany agreed that Trump could easily share the information that he may have on Obama and anticipates he'll release more info as the days go along. She cited a New York Times story from last year that reported a Trump aide was being questioned using wiretapped evidence. It's unclear if that aide was wiretapped or if it was a Russian official who was wiretapped and as a result, the aide was questioned.

She confessed it isn't the same as Trump's claim that Obama personally wiretapped him.

"But we know this by now, the president could know this by now by picking up the phone if he really believed this and if he's really that mad about this, he can find out the information," Cooper said to McEnany. "He's the most powerful guy in the United States, in the world."

McEnany agreed but said that Trump may already have the information.

"And I know that his White House counsel has been working to try to figure out this information, get it out there," she said.

Cooper asked her how that could possibly be true.

"If he had that information, why is he saying that it's President Obama who did this personally and why is he calling for a congressional investigation to find out when he could find out?" Cooper asked.

Former Rep. Jack Kingston claimed that Trump could be sending a signal to Congress "that I think some on Capital Hill heart."

Republicans on Capitol Hill have lined up to call Trump's comments unfounded. Kingston also got into a war of words with Carl Bernstein, who said that the heroes of Watergate were the president's own party.