Angela Rye opens fire on Sean Spicer: 'He doesn't get to be April Ryan's daddy' 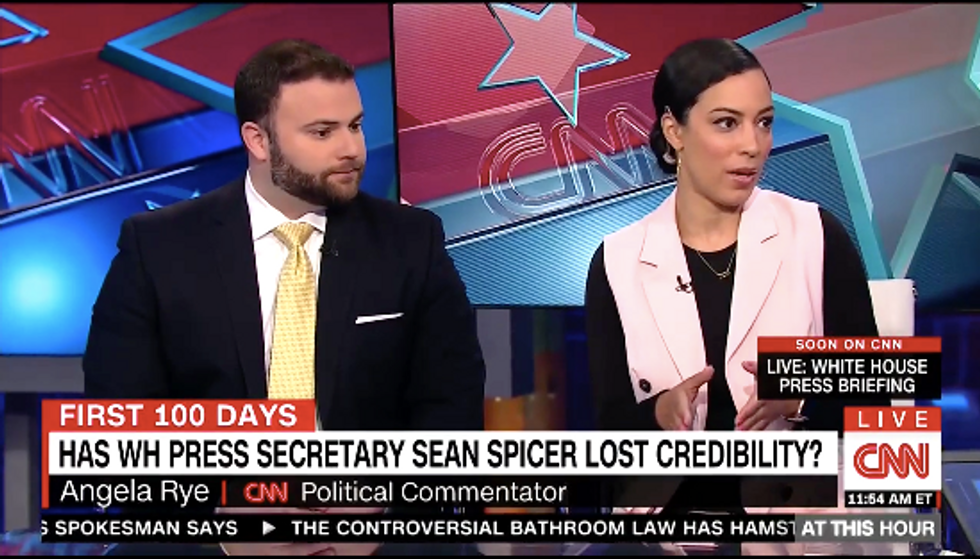 "This is now the third instance of disrespect for April Ryan and this White House," Rye said, pointing to Donald Trump's treatment of Ryan as an errand girl between himself and the Congressional Black Caucus and former "The Apprentice" runner-up Omarosa Manigault's attempt to smear Ryan by recording and releasing a private conversation.

"April Ryan for many people -- not just African-Americans -- is known as a very straight shooter," Rye said, "a tremendous reporter and deserves utmost respect. He doesn't get to be her daddy in a press briefing and tell her not to shake her head."

When anchor Kate Bolduan asked Rye if she felt Spicer was being racist and sexist toward Ryan, Rye said, "I think that it definitely was sexist. I believe that the other issues she's had with this White House have had to do with racism."