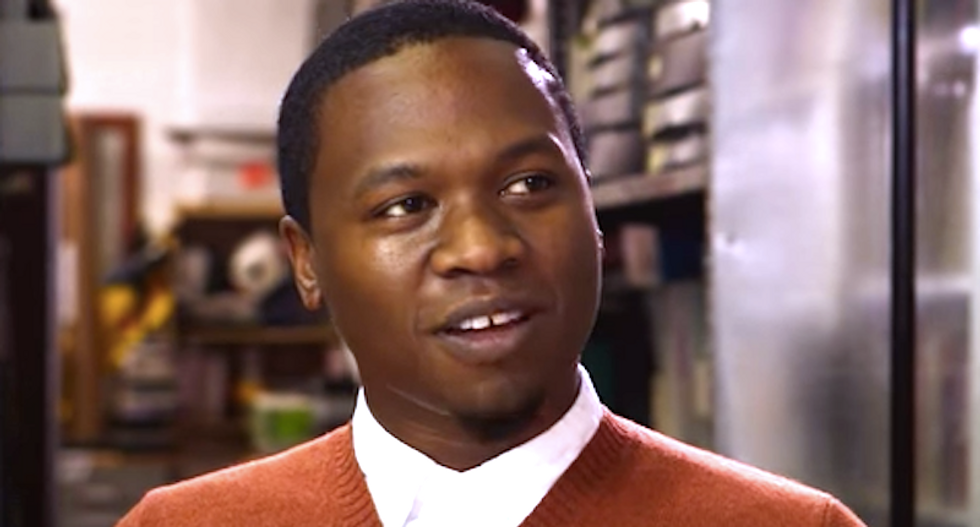 A suspect arrested in a series of bomb threats against Jewish community centers has been identified as a former reporter who fabricated quotes and invented sources for numerous stories.

The FBI arrested 31-year-old Juan Thompson, of St. Louis, in connection with at least eight threats against Jewish community centers, including some in the New York City area, as part of what federal prosecutors called a “campaign to harass and intimidate" a woman after a breakup.

Investigators consider Thompson a "copycat" and said his arrest was not connected to the wider series of threats made in recent months.

He allegedly made some of the threats in his own name and others in the victim's name, and investigators also said Thompson sent hoax faxes to the woman's employer last year detailing claims about her alleged anti-Semitic statements on social media.

Thompson complained last week on his Twitter feed that he was being investigated by the Secret Service and FBI for the bomb threats, which he blamed on a former romantic partner who he claimed was trying to frame him.

Thompson was revealed as a serial fabulist in February 2016 after The Intercept added editor's notes to five of his prior stories, including a retraction of an article that included bogus quotes attributed to a cousin of white supremacist Dylann Roof.

That article quoted the nonexistent cousin, "Scott Roof," who speculated the white supremacist had killed nine black churchgoers in South Carolina because a woman had rejected him for a black man.

Those claims were cited in other media reports afterward.

Thompson worked as a Raw Story editor for two weeks prior to the revelations about his previous work at The Intercept.

President Donald Trump suggested Wednesday that the wave of threats might have been false flag-style operations "to make others look bad," although he didn't specify what he meant.

A White House adviser, Anthony Scaramucci, made a similar claim that same day.