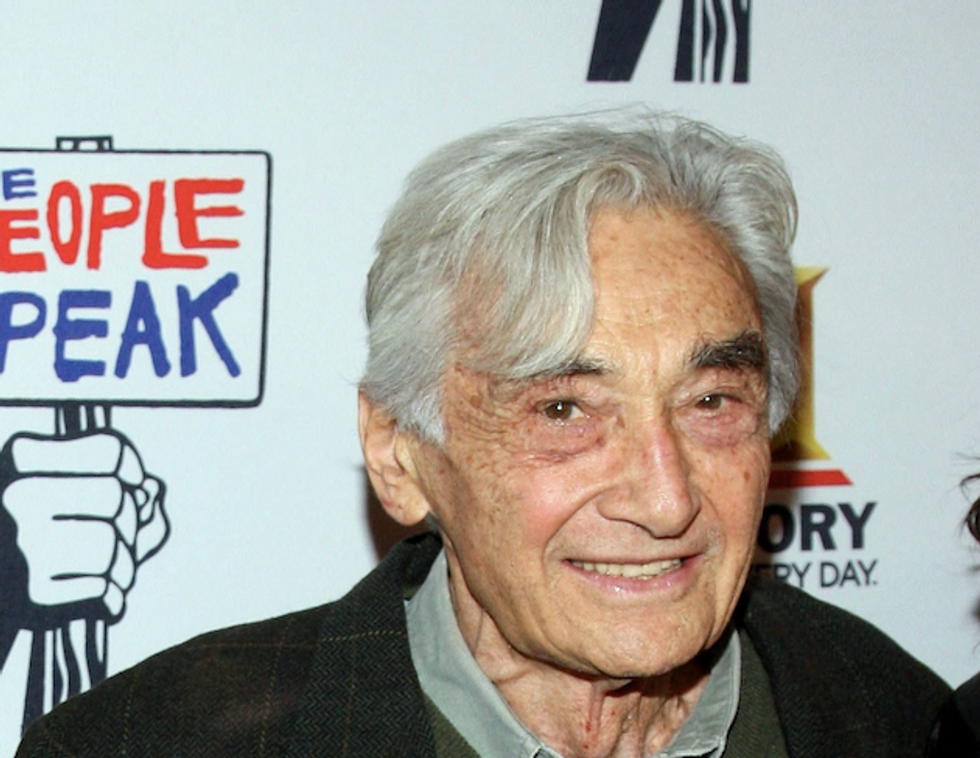 Republican Arkansas state Sen. Kim Hendren introduced a bill to the state legislature that will ban the works of historian Howard Zinn from any schools that receive public funds.

The Arkansas Times reported Thursday that House Bill 1834 would ban all public schools and open enrollment charter schools from "including in its curriculum or course materials for a program of study books or any other material authored by or concerning Howard Zinn."

Zinn is the author of "A People's History of the United States," the groundbreaking re-examination of U.S. history in terms of its effects on the poor, people of color and women.

What began as a fringe interpretation of history has gradually gained ground. In 2014 and 2015, Republicans across the country fought a pitched battle against the federal AP high school history program. Conservatives argue that the curriculum looks at U.S. history through the lenses of race and class, placing too much emphasis on slavery and Native American genocide and not enough on American exceptionalism and the glory of the free market economy.

Max Brantley at the Times said that Zinns 2010 New York Times obituary "probably gives you a taste of the danger Kim Hendren sees in Howard Zinn."

Proudly, unabashedly radical, with a mop of white hair and bushy eyebrows and an impish smile, Mr. Zinn, who retired from the history faculty at Boston University two decades ago, delighted in debating ideological foes, not the least his own college president, and in lancing what he considered platitudes, not the least that American history was a heroic march toward democracy.

Almost an oddity at first, with a printing of just 4,000 in 1980, “A People’s History of the United States” has sold nearly two million copies. To describe it as a revisionist account is to risk understatement. A conventional historical account held no allure; he concentrated on what he saw as the genocidal depredations of Christopher Columbus, the blood lust of Theodore Roosevelt and the racial failings of Abraham Lincoln. He also shined an insistent light on the revolutionary struggles of impoverished farmers, feminists, laborers and resisters of slavery and war.

Such stories are more often recounted in textbooks today; they were not at the time.

“Our nation had gone through an awful lot — the Vietnam War, civil rights, Watergate — yet the textbooks offered the same fundamental nationalist glorification of country,” Mr. Zinn recalled in a recent interview with The New York Times. “I got the sense that people were hungry for a different, more honest take.”

Zinn spoke to Raw Story's John Byrne in 2005 and said, "History is instructive. And what it suggests to people is that even if they do little things, if they walk on the picket line, if they join a vigil, if they write a letter to their local newspaper. Anything they do, however small, becomes part of a much, much larger sort of flow of energy. And when enough people do enough things, however small they are, then change takes place."