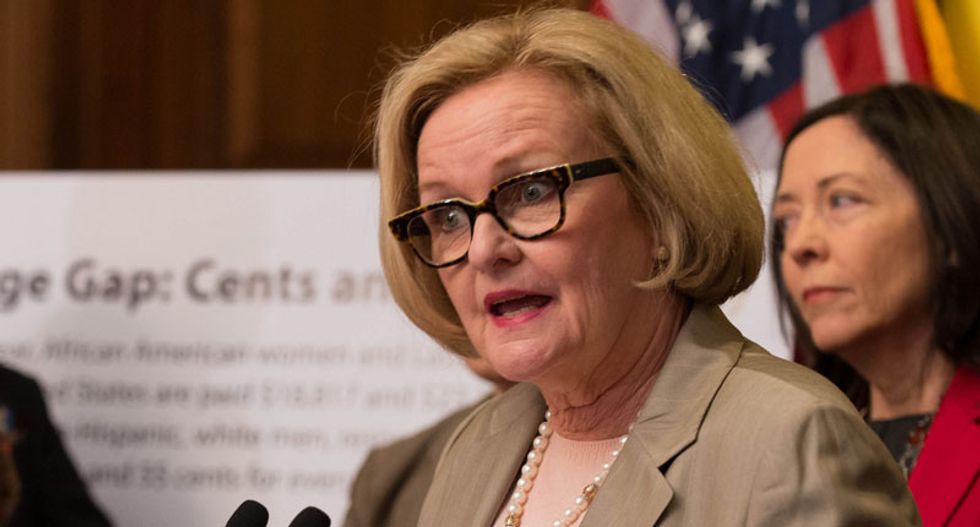 But McCaskill apparently went too far when she asserted that she had never once met with the Russian ambassador during her tenure on the Senate Armed Services Committee.

"I've been on the Armed Services Committee for 10 years," she wrote. "No call or meeting with Russian ambassador. Ever. Ambassadors call members of Foreign Relations Committee."

As National Review writer Charles C.W. Cooke points out, however, McCaskill twice talked about meetings with the Russian ambassador on her own Twitter feed -- once in 2013 and once in 2015.

"[The meeting] was about adoptions... but it didn't have anything to do with Armed Services," she said. "And it was obviously not about the Russian ambassador it was about adoptions. The Russian ambassador has never called me as a member of the Armed Services Committee, he's never asked for a meeting with me, and I've never met with him one-on-one."

(Note: This article has been updated with McCaskill's clarification.)

As the January 6th Committee continues to unpeel layers of criminality and conspiracy, it’s important to note that the Stone/Bannon/Trump “Stop The Steal” scheme did not originate in 2020. It was, in fact, 20 years in the making.

Roger Stone, Trump’s dirty trickster who was sentenced to 40 months in prison before Trump pardoned him, rolled out version 1.0 in Florida in 2000, helping the George W. Bush campaign stop a Florida Supreme Court-mandated statewide recount that would have handed the election to Al Gore.